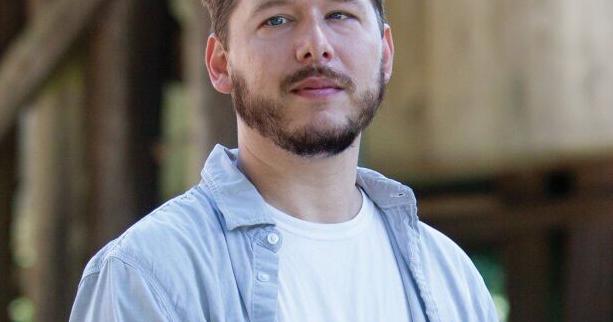 The award is given to a contemporary Louisiana author in recognition of an outstanding contribution to Louisiana’s literary and intellectual life exemplified by the writer’s body of work.

“Through his novels set in Louisiana, his revelatory poetry, and a memoir that demonstrates his perseverance in overcoming and rising above obstacles to become the accomplished writer he has become, David and his work represent so much about the indomitable Louisiana spirit with which we all can identify,” Lt. gov. Billy Nungesser said.

Armand has published four novels, “The Pugilist’s Wife,” “Harlow,” “The Gorge” and “The Lord’s Acre,” all set in Louisiana; two poetry chapters, “The Deep Woods” and “Debt”; a full-length poetry collection, “The Evangelist,” soon to be released; and a memoir, “My Mother’s House.” Armand is also the author of the upcoming collection of creative nonfiction essays, “Mirrors,” to be published by the University of Louisiana at Lafayette Press in spring 2023.

Armand received the George Garrett Fiction Prize for his first novel, “The Pugilist’s Wife.” He has appeared at the Louisiana Book Festival six times as a featured author. He teaches creative writing at Southeastern Louisiana University in Hammond, where he served as writer-in-residence from 2017-19.

“As a lifelong Louisianan, I can’t begin to express how much being honored by my home state in this way means to me,” Armand said. “This is the biggest honor I’ve ever received for my work, and I am very much looking forward to representing our great state’s cultural achievements.”

The award will be presented to Armand at an opening ceremony of the book festival on Saturday, Oct. 29, in Baton Rouge. Additionally, Armand will discuss his work with David Johnson.

For more information on Armand and his work, visit the Louisiana Writer Award webpage.

In other book festival news, enthusiastic volunteers are being sought to join in the celebration for an insider’s experience of the festival.

Hundreds of volunteers are needed in a variety of capacities, including welcoming presenters, escorting authors, assisting with programs and staffing festival information booths.