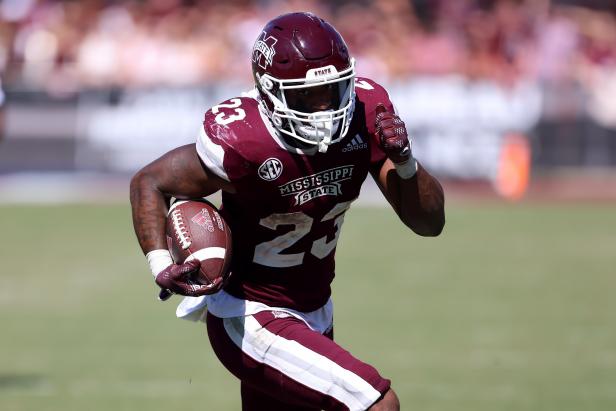 Former Mississippi State running back leaves no bridge unburned, roasts Mike Leach in wild transfer-portal announcement | This is the loop

The transfer portal is hotter than Hansel right now. Everybody’s doing it. Players all across the nation are getting bodaciously barreled in college football’s rising tide of opportunity, from early adopters like West Virginia quarterback JT Daniels to first-time visitors like Michigan team captain Cade McNamara. Despite the flood of malcontents headed for greener gridirons, however, no player entered the portal in more eyebrow-raising fashion this week than former Mississippi State running back Dillon Johnson, who aired out some dirty laundry with head coach Mike Leach before hitting the bricks.

It all starts out predictably enough, with Johnson thanking god, family, and friends (in that order). He then thanks the university, the staff, and the fans. He is thorough with his checklist and effusive with his praise. But when it’s time to say goodbye to head ball coach Mike Leach, Johnson’s tune strikes a discordant key change. “Since I am not very tough,” he begins, sarcastically, “and Leach is glad I’m leaving, I will be entering my name into the transfer portal.”

We don’t know about you, but we need 500% more of this in college football. Enough with these boilerplate transfer-portal announcements. Enough with smiling through your teeth and thanking guys whose guts you hate. You’re leaving because you want to make more and get called a pansy less. Dish the dirt! Talk some sh*t! Burn the bridges and light off fireworks in the flames! College football already is already straddling the line between sport and soap opera, might as well give it one last push.

Voters in Louisiana will decide on three constitutional amendments on Dec. 10 – Ballotpedia News