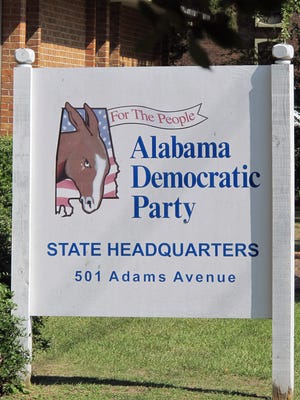 As Republican gubernatorial candidates cudgel each other with millions of dollars, the Democratic primary has been very quiet. Unlike 2018, when Democratic nominee Walt Maddox was able to raise a substantial amount of money for his campaign, none of the six Democratic candidates had more than $7,000 on hand at their last report.

“There’s more to it than the money,” said Yolanda Flowers, to an educator and one of the gubernatorial candidates. “I believe it’s more spiritual. Who God wants in office, he’s going to put in office.”

MAKE LIFE EASIER: Download our app to get breaking news alerts on the go

The low profile race reflects what analysts expect to be a down year for Democrats nationally, as well as the institutional struggles of the Alabama Democratic Party, which last elected a governor in 1998. It also reflects most of the field’s lack of political experience. Only one (Sen. Malika Sanders-Fortier, D-Selma) has ever held public office. Only two of the candidates have run in any political race before.

The eventual Democratic gubernatorial nominee will face less of an uphill climb in November than a 90-degree ascended up an ice wall. Even if the eventual banner carrier pulls off a miracle in the general election, they will face a Republican legislature: the Democrats do not have enough legislative candidates to win a majority in either chamber.

But the candidates push on. All agree that education and economic development should be priorities. Many of the candidates also say they would support the creation of a state lottery and want to address criminal justice reform.

Flowers, who has worked as an educator, a speech pathologist and a counselor, said she is running for governor because she sees “a lot of injustices for people who are different.”

“Coming up, things were so unequal and so unfair,” said Flowers, who was born in Birmingham. “I still see the same. A number of African Americans hold office, but I don’t see the change.”

Flowers said as governor she would support the implementation of a lottery and work to improve education. She also said she wants to make improvements to the state’s prisons; violence within the prisons has brought a lawsuit from the US Department of Justice. Flowers also argues her lack of political experience will be an asset.

“It’s going to take us all,” she said. “I just desire to have a mindset of love and unity.”

A nurse by profession, Jamieson says she wants “to make all of Alabama whole” and believes she can be an effective advocate for the citizens of Alabama.

Jamieson said her advocacy would focus on improved health care; improved education and reformed prisons. Jamieson supports Medicaid expansion and wants to increase the number of health care providers in rural areas, saying she sees opportunities to add nurse practitioners. Jamieson also supports increasing the salaries of teachers and support staff to retain skilled teachers in struggling schools, as well as a lottery to support their pay. She also wants to improve conditions within prisons.

Jamieson said that she wanted to focus on Alabama “working together, walking together and uniting.”

Never let it be said that Arthur Kennedy thinks small. The substitute teacher and custodian said in a recent interview that he had his “eyes on the presidential (election)” should he come through the November election.

“I want to give some service to Alabama,” said Kennedy. “I feel I have some ideas that would suit Alabama fine.”

Those ideas include year-round schooling for students, which Kennedy said would “support single parents” and possibly improve Alabama’s education outcomes. Kennedy also said he wants to improve education and training opportunities in prisons to reduce recidivism. He also said he would also support efforts to get rid of the state’s sales tax on groceries and end automatic increases in the state gas tax.

Kennedy said he thought he had a “90% chance of winning” and that he could address fundraising shortfalls through canvassing.

“We’ll just push it, going door to door and having public events,” he said.

Chad “Chig” Martin, whose businesses include industrial supplies and a CBD store, started as an independent candidate but shifted to the Democratic Party. He describes himself as a “conservative Democrat” who believes in “traditional marriage” and gun rights but also the “freedom of one’s own body.”

“I think I can put a campaign together that proves my conservative stances to the state, and my proven small business background,” he said.

The only public office holder in the Democratic race said she entered the Senate in 2018 with hopes that she could help get Medicaid expansion over the line, and education. She said her run for governor would be a way to continue those efforts.

Sanders-Fortier, an attorney by profession, said she wanted to work to continue expanding educational opportunities and access to health care – “We should be much clearer that our health is connected to one another,” she said. She said she would also work to create a state economy “structured in such a way that all Alabamians can get ahead.”

Sanders-Fortier is also leaning into her experience in the campaign.

By his count, Smith – who appears on the ballot as Doug “New Blue” Smith – is on his fourth political race, having earlier mounted campaigns for State Senate, Agriculture and Industries Commissioner and Governor. His message in what he calls his “last rodeo” is the same: the state needs to return to industrial recruitment that Smith credits with boosting overall incomes.

Smith argues that state government agencies he helped develop fueled economic growth from the last 1960s through the early 2000s that helped raise household income around the state.

“It snatched Alabama out of the cotton patch and into the industrial age,” he said. “We were doing well gaining on the national average. If you take a measurement from 1967 from when we began to 2002, we were at 62% of the nation’s median household incomes By 2002 we had climbed to 89%.”

Smith blames Republican administrations for cutting back on state government programs he credits with that growth. He said as governor he would try to restore them, and add a bank for small business as well.