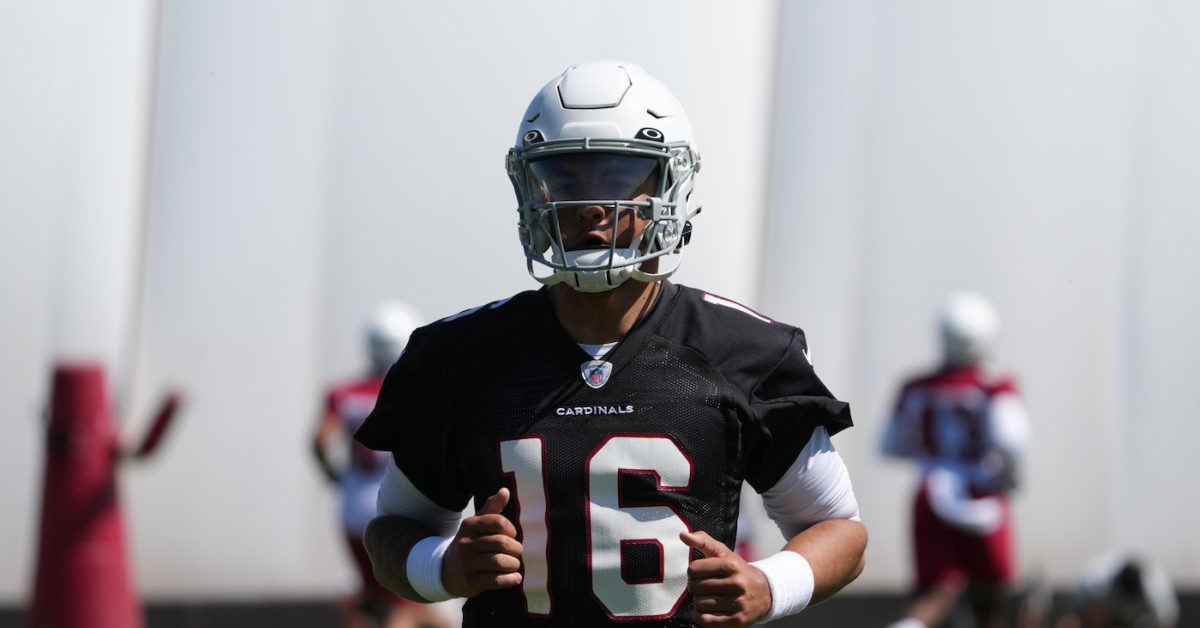 Jarrett Guarantano spent the first 5 years of his college football career with the Tennessee Volunteers before taking advantage of a sixth year of eligibility to transfer to Washington State in 2021.

He went undrafted in the 2022 NFL Draft, but over the weekend, he impressed during a rookie minicamp opportunity with the Arizona Cardinals.

Now, the team has announced on Monday that Guarantano is 1 of 6 players being signed to a contract following the minicamp:

The quarterback room has Kyler Murray at the top, followed by Colt McCoy and Trace McSorley. Regardless of voluntary attendance, the Cardinals were always certain to add another arm to throw in the offseason and training camp.

Guarantano’s 2021 season ended in Week 1 after he suffered a knee injury. During his time at Tennessee, he appeared in 41 games, throwing for 6,174 yards, 38 touchdowns and 17 interceptions. He added 5 touchdowns as a runner.