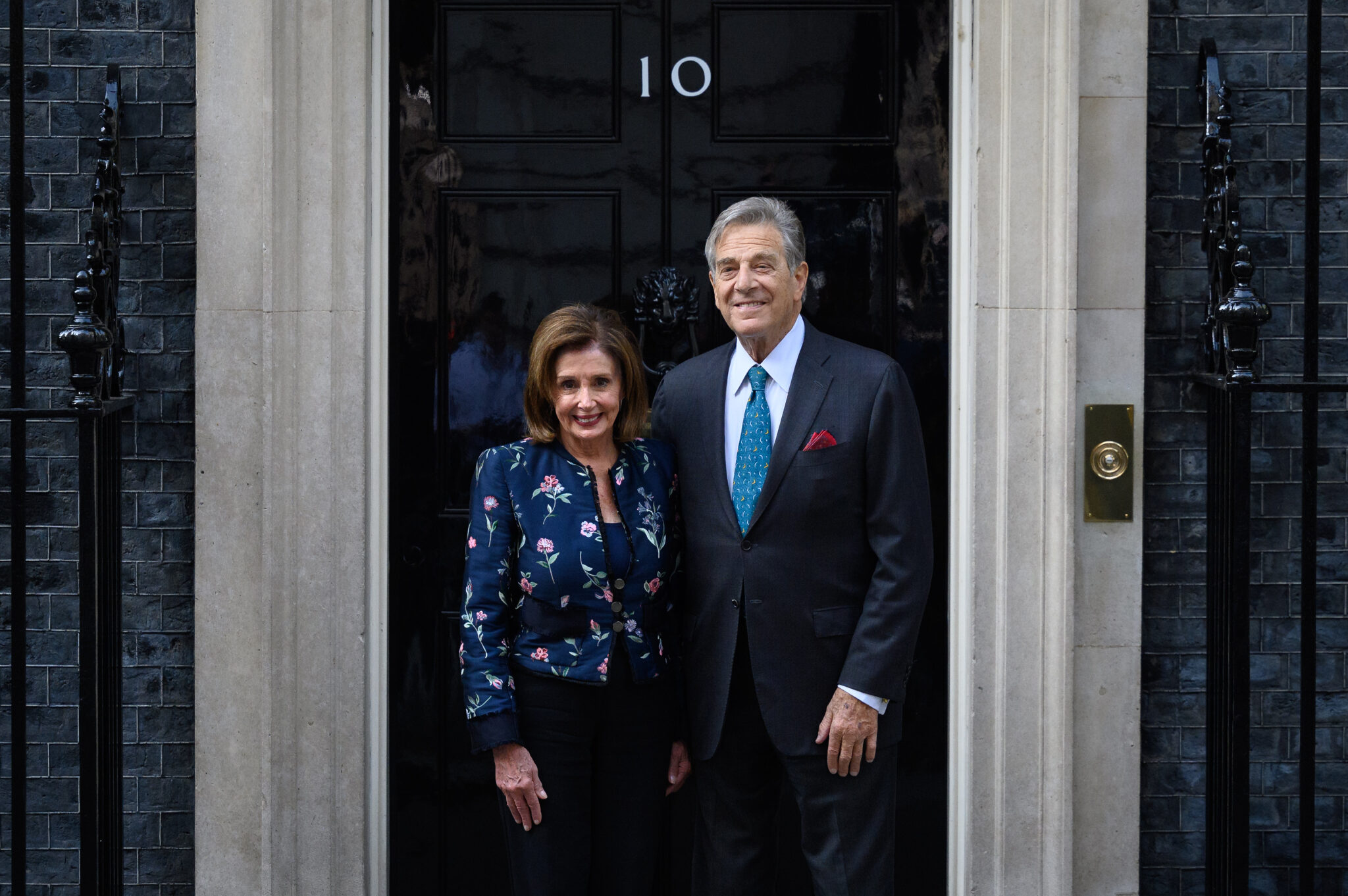 WASHINGTON — The U.S. Department of Justice on Monday announced federal charges against the man who allegedly broke into U.S. House Speaker Nancy Pelosi’s San Francisco home and attacked her 82-year-old husband with a hammer.

If convicted, David DePape could receive up to 50 years in prison.

The Federal Bureau of Investigation’s complaint and affidavit into the alleged crime, also released Monday, revealed new insight into the attack that took place in the early morning hours Friday. It said that DePape told police officers during an interview that after he found Speaker Pelosi, if she told the “truth,” he planned to let her go, but that if she “lied,” he was planning to break “her kneecaps.”

David DePape allegedly told San Francisco police department Officers that “by breaking Nancy’s kneecaps, she would then have to be wheeled into Congress, which would show other Members of Congress there were consequences to actions.”

DePape told San Francisco police department officers during that interview he “was certain that Nancy would not have told the ‘truth,’” according to the affidavit.

DePape allegedly told SFPD that “by breaking Nancy’s kneecaps, she would then have to be wheeled into Congress, which would show other Members of Congress there were consequences to actions.”

He also “explained generally that he wanted to use Nancy to lure another individual to” him, according to the FBI affidavit. That individual was not identified.

These charges are separate from the state criminal charges DePape faces in San Francisco, which include attempted homicide, assault with a deadly weapon and elder abuse.

The FBI affidavit released Monday reveals that during an interview with an SFPD officer inside an ambulance on the way to the hospital, Paul Pelosi said he was asleep when DePape came into his bedroom and said he wanted to talk to “Nancy.”

During DePape’s interview with SFPD on Friday, he allegedly told investigators that he “broke into the house through a glass door, which was a difficult task that required the use of a hammer.”

DePape allegedly told investigators that after he woke up Paul Pelosi and asked to see Speaker Pelosi, that Paul “Pelosi asked how they could resolve the situation, and what [DePape] wanted to do.”

“[DePape] stated he wanted to tie Pelosi up so that [DePape] could go to sleep as he was tired from having had to carry a backpack to the Pelosi residence,” according to the affidavit’s summary of DePape’s police interview.

After Paul Pelosi was able to get to a phone and call 911, DePape allegedly told police he decided not to leave the Pelosi house “because, much like the American founding fathers with the British, he was fighting against tyranny without the option of surrender.”

Police officers responding to the 911 call arrived at 2:31 a.m. Friday morning. They then allegedly saw DePape pull the hammer away from Paul Pelosi and hit Paul Pelosi in the head, according to the affidavit.

SFPD officers then immediately went inside the house to restrain DePape.

The San Francisco Police Department officers allegedly “recovered zip ties in Pelosi’s bedroom and in the hallway near the front door of the Pelosi residence” as well as a roll of tape, white rope, one hammer, one pair of rubber and cloth gloves and a journal in DePape’s backpack, according to the affidavit.

Speaker Pelosi said in a written statement released Saturday night that Paul Pelosi’s “condition continues to improve” during his hospitalization and treatment.

“​​Our children, our grandchildren and I are heartbroken and traumatized by the life-threatening attack on our Pop,” Speaker Pelosi wrote. “We are grateful for the quick response of law enforcement and emergency services, and for the life-saving medical care he is receiving.”

One day after the alleged break-in and assault, on Saturday, law enforcement officers spoke with the owner of a garage in Richmond, California where DePape has lived for the past two years, according to the affidavit.

After getting a federal search warrant, law enforcement officers seized two hammers, a sword and a pair of rubber and cloth gloves from the garage. The agents also allegedly found Department of Motor Vehicles paperwork, Internal Revenue Service letters and Paypal credit cards that belonged to DePape in the garage, according to the affidavit.

Richmond is about 19 miles away from San Francisco.