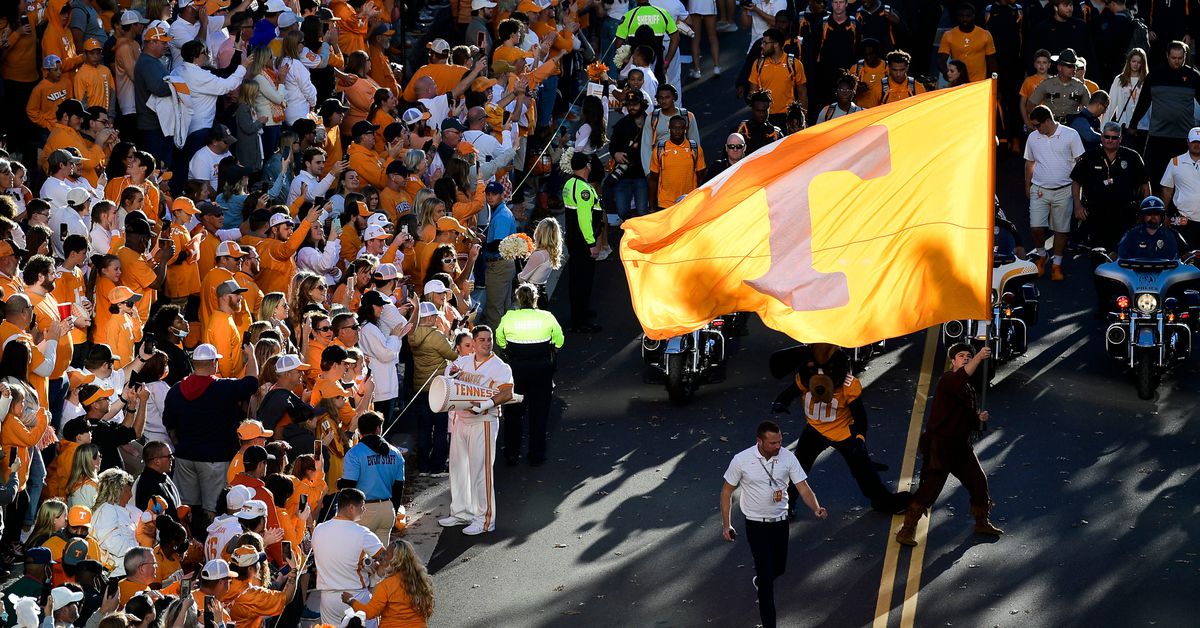 Tennessee’s future is set for his senior season of high school football. Nico Iamaleava, a five-star quarterback out of California, made waves when he committed to the volunteers back in the spring. Iamaleava was one of the first recruits to land a major (future) NIL payday, reportedly signing a deal worth $8 million.

It was a major splash for Josh Heupel, who came to Tennessee with a bit of a question mark surrounding his ability to be an elite recruiter. Iamaleava filled a need for the Vols, who will be looking to replace veteran quarterback Hendon Hooker in 2023.

As expected, Iamaleava will arrive in the winter ready to toss his hat into that battle immediately. In an interview with the Long Beach Press Telegram this week, Iamaleava confirmed his intentions to enroll early.

Watch the full interview below.

“I’m excited, man,” Iamaleava told John Davis. “I can’t wait to leave, but I know I’m going to miss my teammates. But I’m excited, man. What they’re building over there with coach Heupel, coach Joey, all the coaches – coach Golesh. It’s just the future is bright. And I think they are going to have a breakout year this year, for sure. They’ve got Georgia and Bama on their schedule. We’re going to put some upsets on them, hopefully. I’m excited for Tennessee, man.”

Immediately following the conclusion of his season, Iamaleava will head east to Knoxville to begin his Tennessee career. A handful of members from the class of 2022 joined the volunteers for bowl practices last winter, and that would seem to be the plan here for Nico.

Iamaleava is the third ranked player in the class of 2023, per 247Sports. The 6-5, 200 pound passer will join Tayven Jackson on the roster, and Joe Milton will have another season of eligibility left if he wants it. Assuming the staff doesn’t make any other additions to the roster, those three will kickoff their battle in the spring of 2023.

How the Juvenile Detention Crisis Is ‘Cruel and Unusual”’