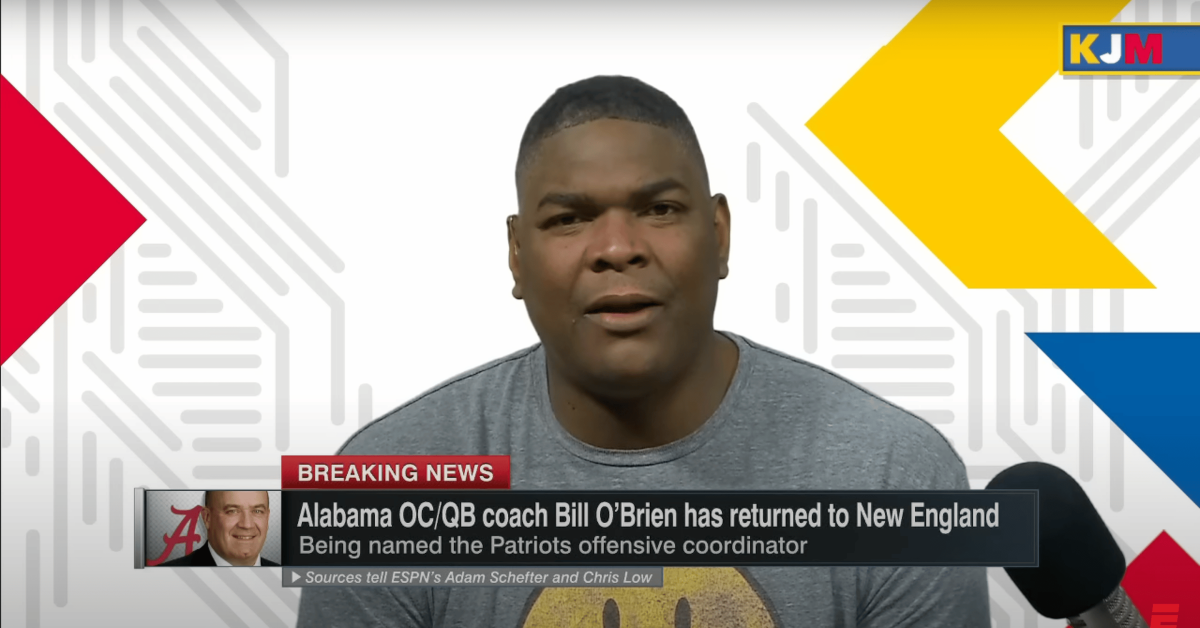 Keyshawn Johnson joined the chorus of those reacting to the news that Bill O’Brien would be returning to New England as the Patriots’ new offensive coordinator. How this will affect Mac Jones is part of what is expected after being hired from Alabama.

Johnson spoke to the news and how Jones’ development will progress given this move.

“It’s not so much about the play calling as it is about developing a quarterback,” Johnson said. “Understanding what his drops look like, in sync with the distances they run, the combinations they run.”

O’Brien knows how to talk to a quarterback in his headset, unlike what he calls a “nervous” defensive coordinator.

Jay Williams added that Jones missed having a consistent voice in his ear last season, before Johnson concluded, “Let’s see if he can really play.”