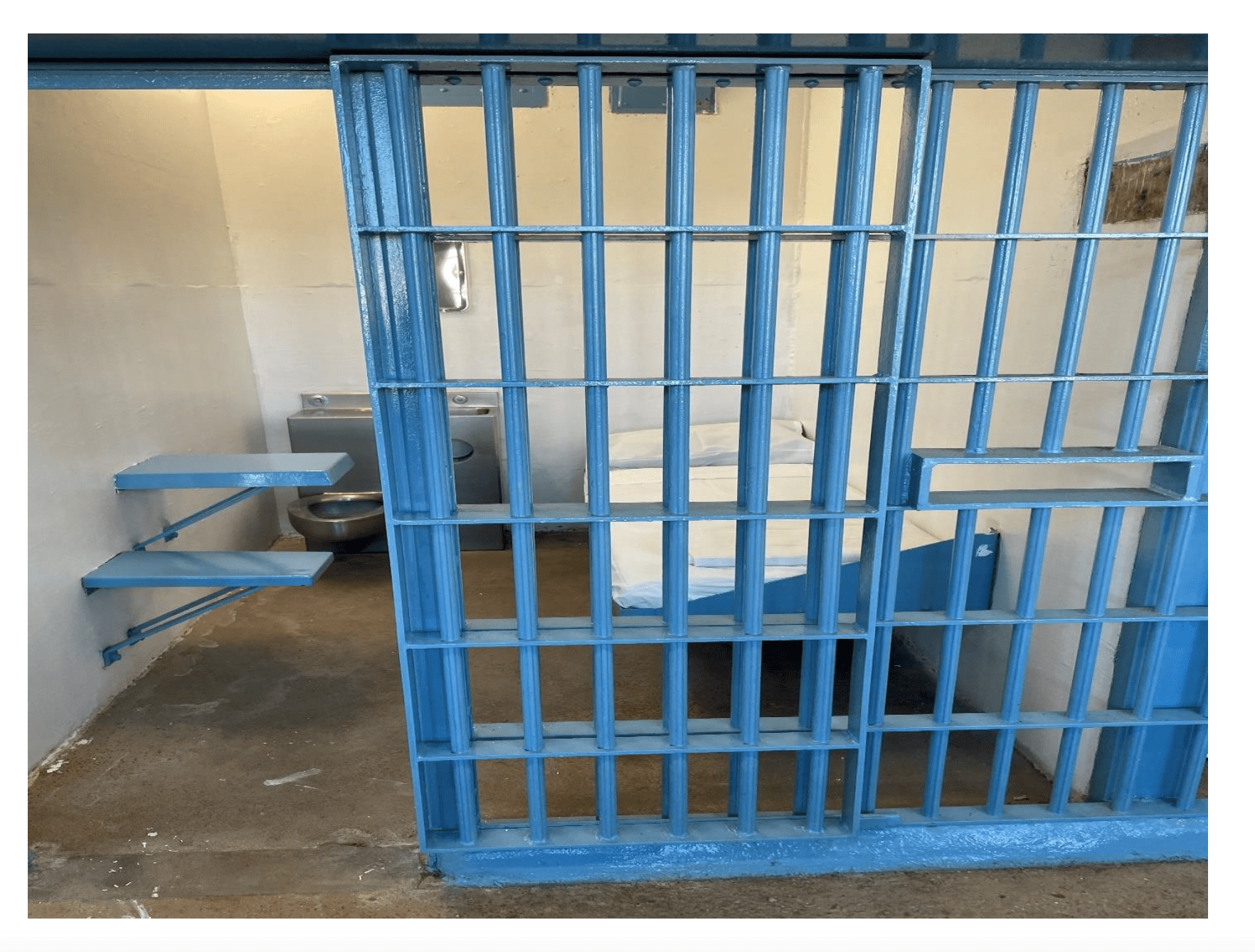 On Sept. 23, Louisiana Chief District Judge Shelly Dick ruled that incarcerated youth in New Orleans can be moved to the state’s Angola prison, even while admitting that this detention “will likely have deleterious psychological ramifications.”

Officially known as Louisiana State Prison, Angola is considered one of the most brutal prisons in US history. Established in 1880 on the site of a former plantation, its nickname comes from the country of origin of many of its enslaved workers.

The inside of a cell at the proposed juvenile detention facility.

Incarcerated youth are slated to be assigned to the building that, until 2006, housed male prisoners sentenced to death.

On July 21, families and communities of impacted youth held protests outside Bridge City Center for Youth in New Orleans. Protests were also held outside Jetson Detention Center in Baker, Louisiana.

Gina Womack, executive director at Families and Friends of Louisiana’s Incarcerated Children, said, “The majority of the children incarcerated are young Black and Brown people. It’s completely outrageous to further traumatize these young people, whose families have been seeking support and services, by now moving them to a plantation.” (tinyurl.com/y4bcpdrm)

Angola, long known for bloody violence and beatings by guards, was originally set up to hold imprisoned Black workers under Louisiana’s 19th and early 20th century convict-leasing system, which provided incarcerated workers for a fee to private corporations. More recently, incarcerated individuals were forced to work in the prison’s own fields for pennies an hour. Today many of the people jailed there are aging prisoners serving life sentences without the possibility of parole.

Several lawsuits were filed to challenge the proposed transfers as unconstitutional and in violation of the federal Juvenile Justice and Delinquency Prevention Act, which mandates complete separation between incarcerated adults and youth.

The Louisiana Office of Juvenile Justice claims the youth will be held in a separate building from adult prisoners. In response to the lawsuits, the OJJ said it purchased “black-out” fabric to wrap around the fence line of the facility where the youth will be held, and that would create the required separation.

Incarceration as adults is not juvenile justice

Youth advocates emphasize that the problem is not about changing locations or superficially separating youth from adults. Nancy Rosenbloom, a senior litigation advisor for the American Civil Liberties Union National Prison Project, pointed out that the location sends a message to youth “that they will be going into the grounds of a maximum-security prison, one of the most notorious in the country, and that this is how they will be treated.” (theappeal.org, Sept 22)

Louisiana has a state mandate to rehabilitate young people in its care. Family and community members protesting the plan to move the youth to Angola say it is symbolic of the state’s profoundly broken juvenile justice system.

Various lawsuits criticized the State of Louisiana for ignoring comprehensive problems within their juvenile “justice” system for decades. These point to the numerous studies that show how incarceration has devastating and lifelong effects on youth, by separating them from families, disrupting education and mental health treatment options and exposing youth to more trauma and violence.

“The juvenile justice system is supposed to be about rehabilitation and creating opportunities for future success to override past missteps,” said Tammie Gregg, deputy director of the ACLU National Prison Project. “Placing children in a notorious prison, rife with the history of slavery and racial disparity, instead paints a portrait of deep despair, failure and limitation. . .” (tinyurl.com/mtpdfp2r)

A March 2022 investigation into a Louisiana juvenile detention facility by The Marshall Project, ProPublica and NBC News found that teenagers were physically assaulted by staff, held in solitary confinement for weeks and denied court-ordered services. Staff flagged as high-risk for sexually assaulting youth were retained as employees by the Office of Juvenile Justice. (tinyurl.com/2p8b3cj7)

If they are transferred to Angola, the young people will be held in windowless cells with floor-to-ceiling metal bars, no privacy and open metal toilets. The conditions are clearly more punishing than at the state’s high-security juvenile facilities, where youth normally sleep in dorms.

Though the OJJ says the children will be separated from adults, in the event of a life-threatening medical emergency, the children would be treated at the hospital on prison grounds, where some staffers are incarcerated adults.

Those challenging the pending OJJ move reemphasize that the juvenile justice system is supposed to be therapeutic and rehabilitative, not punitive. There is no way that a facility designed to isolate adult men incarcerated on death row can suddenly change to a youth facility offering rehabilitation.