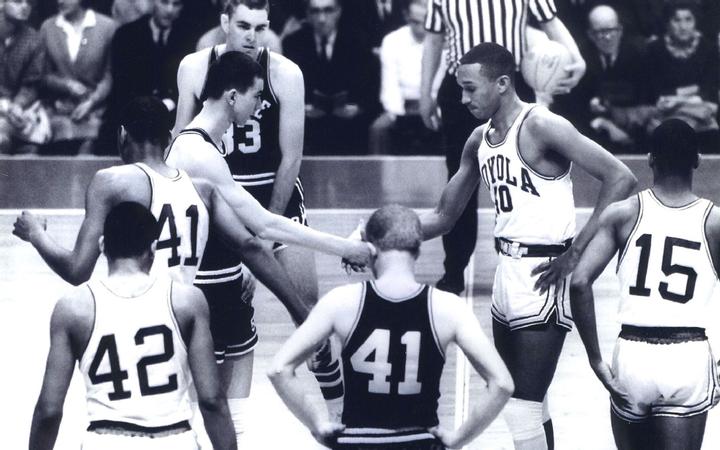 STARKVILLE – The state of Mississippi will mark the 60th anniversary of the Game of Change when the Bulldogs host No. 11 TCU at 3 p.m. Saturday at the Humphrey Coliseum.

A halftime ceremony, giveaway and more are on the agenda as MSU celebrates the impact of the historic competition.

The Game of Change is a groundbreaking moment in the history of college sports. In March 1963, during a time of great racial tension in the country, the MSU men’s basketball team decided to enter the NCAA tournament against an integrated opponent. It was a landmark decision.

Despite threats and intense political pressure, Mississippi State President Dean Colvard and MSU head coach Babe McCarthy smuggled the MSU team of all-white players out of state to play against a Loyola roster with four black starters. With the return of the State of Mississippi to Starkville, a significant step toward racial equality in athletics had been taken.

Four members of MSU’s 1963 team are scheduled to be present at The Hump and honored during Saturday’s halftime events. These include Doug Hutton, Larry Lee, Aubrey Nichols and Jackie Wofford. Additionally, State’s current roster will wear special pre-match jerseys during the shootaround to pay tribute to the Game of Change.

In addition, the first 2,000 fans present will receive a Game of Change commemorative poster.

Tickets for Saturday’s competition are available now. To purchase, visit HailState.com/tickets, call (662) 325-2600, or purchase in person at the MSU Athletics Ticket Office.