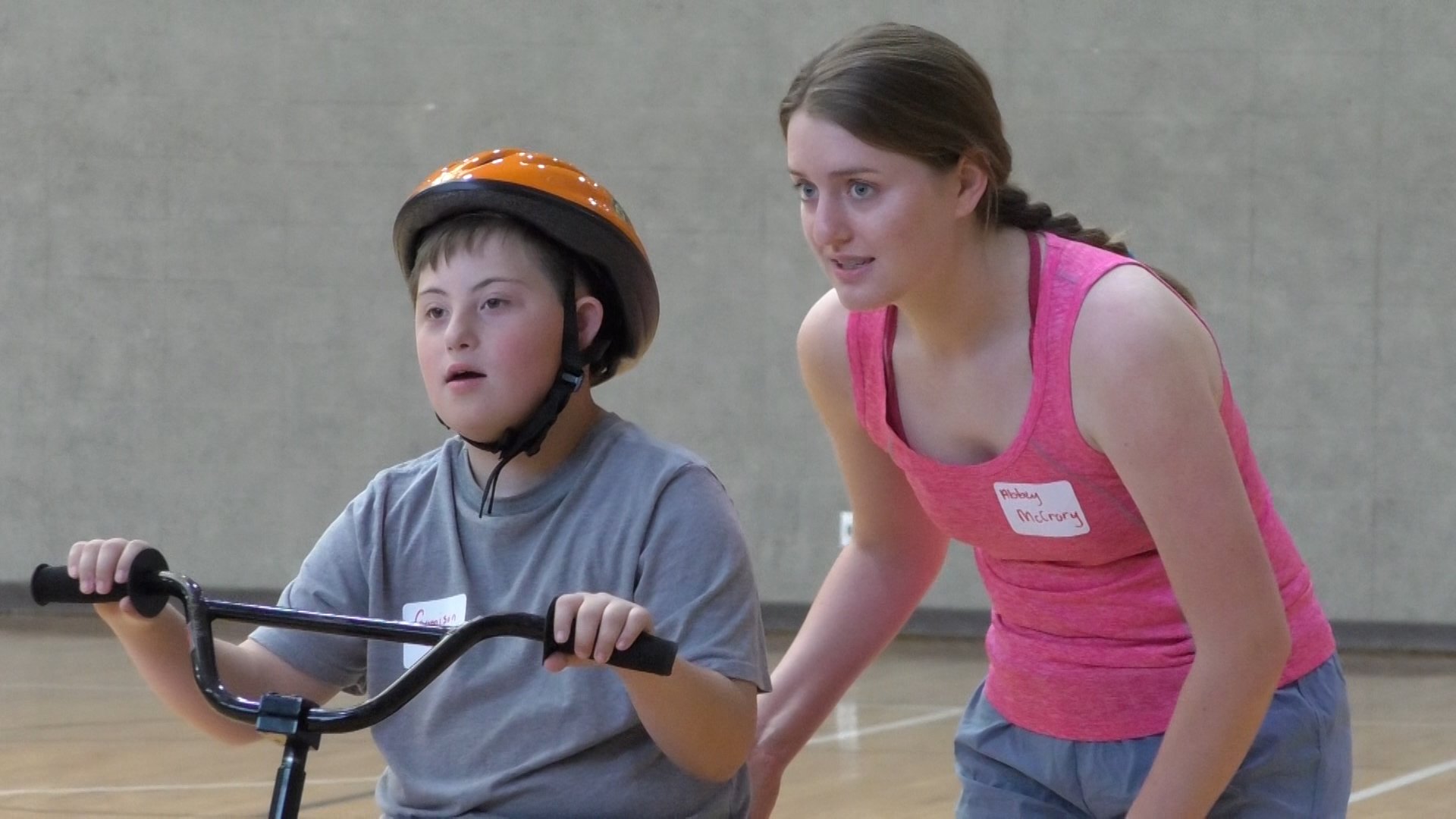 STARKVILLE, Miss. (WCBI) – Monday was the first day of Mississippi State’s annual iCanBike Camp, which teaches children and adults with special needs how to ride a bicycle on their own.

The camp returns for its third year at the Sanderson Recreation Center after a break due to COVID-19.

“When you learn to ride when you’re five or six, it’s so huge,” says Dr. Gregg Twietmeyer of Mississippi State’s Department of Kinesiology. “It’s the first real step of independence out in the world. We think we can ride to the 7-Eleven and get a Slurpee.”

But it’s a privilege not everyone has, especially for those growing up with special needs.

“Stats from the University of Michigan show 80% of (the special needs) population will never learn how to ride without this kind of intervention,” he says.

That’s why Dr. Twietmeyer partnered with the nonprofit charity I Can Shine to hold the iCanBike Camp. Led by MSU grad students and featuring about 20 MSU undergrad volunteers, the 2022 camp has 10 riders attending.

“The idea was to teach the kids that when you teach somebody to ride, or somebody to play, or throw or jump or kick or swim, you’re affecting the whole person,” he says. “It’s not just about their body. It’s about their whole selves.”

Instead of a rear wheel, the training bikes have tapered rollers in the back with a balance point. The better the riders can balance, the smaller the ends of the roller they use.

“Everyone knows that riding a bicycle is fun,” says Linda Breazeale, whose daughter is one of the riders. “You can tell Debra Ann and the other students riding the bicycles are having fun.”

The learning process gives campers self-confidence and a sense of independence. Especially for adult riders like Debra Ann Breazeale.

“It’s encouraging them, letting them know that you’re there, that nothing’s going to happen,” Carter says. “That they got it and they can just trust you.”

Linda hopes that after Debra Ann and Nancy finish the camp, they can ride their bikes together on some of the local trails.

“It’s like anything in life,” Dr. Twietmeyer says. “Sometimes you think, ‘That’s just not going to be me.’ And then you have an intervention like this and you realize, ‘Yeah, I can do this. I just needed a little help.’”

After a rider has mastered a roller bike, they move to a two-person tandem bike and finally to a standard bike. By the end of the camp, Dr. Twietmeyer says close to 80 percent of their campers can ride a bike on their own.