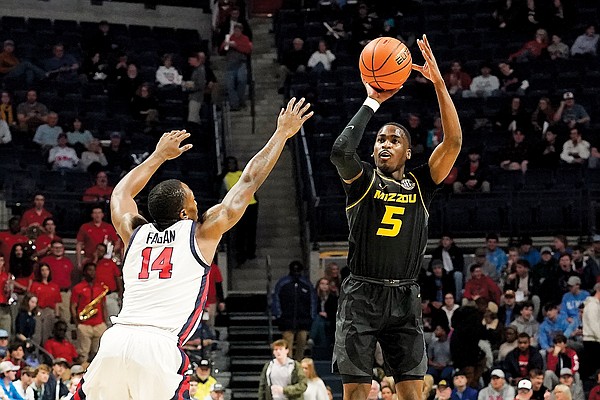 Hodge hit a season-high with six 3s and Mosley added four as the Tigers shot 53 percent from long range, with 16 3s a program best in an SEC game.

Missouri took the lead about four minutes into the game and built a 16-point lead in the first half, but Mississippi closed on a 13-5 run to cut the deficit to 47-41 at the break. Hodge and Mosley combined for 27 points on 10-of-16 shooting and were 7-of-12 from long range.

Missouri finished 31 of 56 and shot 55 percent from the floor with 21 assists. Mosley and Brown each had five assists.

The Tigers led by as much as 17 points and held a double-digit lead for most of the second half.

Worker killed at Alabama airport was too close to jet engine despite warnings, NTSB says