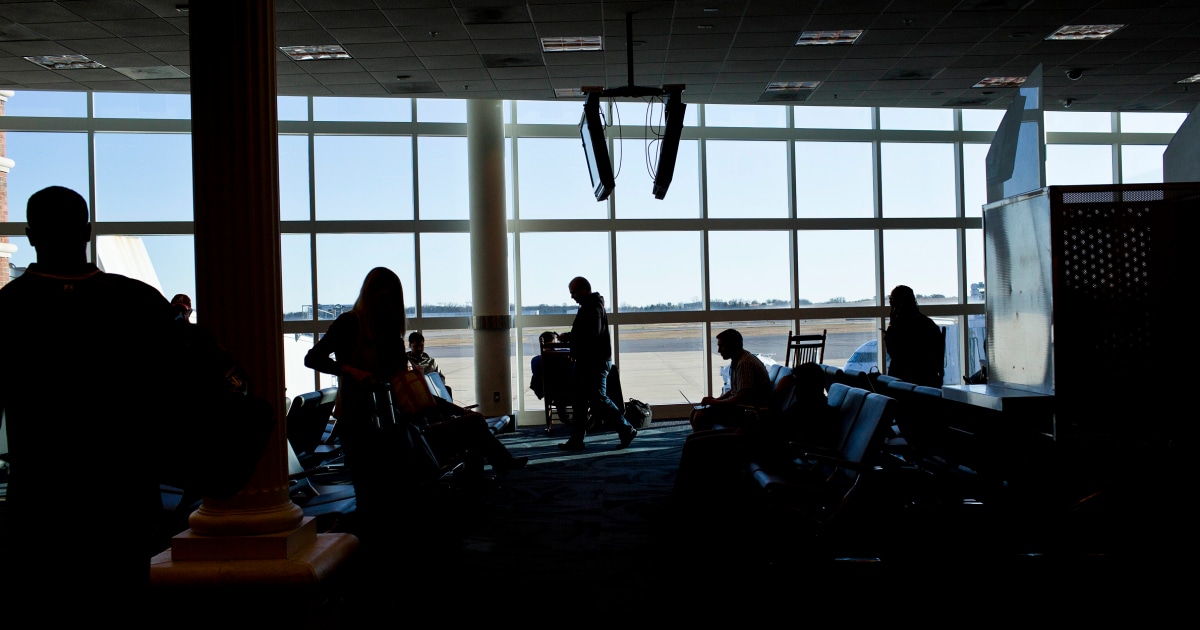 Worker killed at Alabama airport was too close to jet engine despite warnings, NTSB says

An airline worker killed in an incident Dec. 31 at an Alabama airport was subject to multiple warnings about the dangers of staying near running jet engines, the National Transportation Safety Board said.

A preliminary report shared by the agency Monday did not specifically assign blame for the Montgomery Regional Airport incident. Examples were given of workers being warned to stay clear of running jet engines when planes were stopped on the ground.

The employee, identified by the NTSB as a ramp agent for American Airlines commuter airline American Eagle, was on the tarmac and appeared to have set a safety cone on the tail of the parked plane just before she was pulled into an engine and killed, the agency said. The worker was not named in the NTSB report.

Communications Workers of America identified the employee as Courtney Edwards, 34, a local mother of three. The union and American Airlines said she worked for regional subsidiary Piedmont Airlines.

The report describes several points where the worker was directly warned or exposed to information about the dangers of getting too close to the engines.

The report also cited instances where two ramp agents saw workers getting too close to the plane and an engine and tried to stop them. In one, an agent saw a worker nearly fall from an engine exhaust and tried to warn her to stay back, according to the NTSB report.

Before the Dallas-Fort Worth plane arrived at its gate, there were two safety briefings for crew members during which they were warned that the engines would remain on until power could be connected from the ground, the NTSB said.

Crew members were told that safety cones should not be deployed and ground crew should not be near the aircraft until the engines shut down, the turbines stopped rotating and a rotating beacon went out, the report said.

An excerpt from American Eagle’s ground operations manual included in the NTSB report reiterated these points.

After placing the cone indicating the plane’s stationary status, the worker walked along the leading edge of the left wing, which put her directly in front of one of the Embraer 170’s two engines, according to the NTSB report.

During this walk along the wing, the employee got too close to the running engine and was killed, the NTSB said.

According to the report, the beacons appeared to be on throughout the incident.

American Airlines and Edwards’ mother did not immediately respond to requests for comment.

Richard Honeycutt, regional vice president of Communications Workers of America, said in a statement earlier this month, “She was away from her family and working on New Year’s Eve to make sure passengers got to where they needed to be for the holidays. She represents the very best of our CWA airport members who continually make sacrifices to serve the flying public.”

The union, which ran a crowdfunding page, has raised almost $100,000 to support Edward’s children.