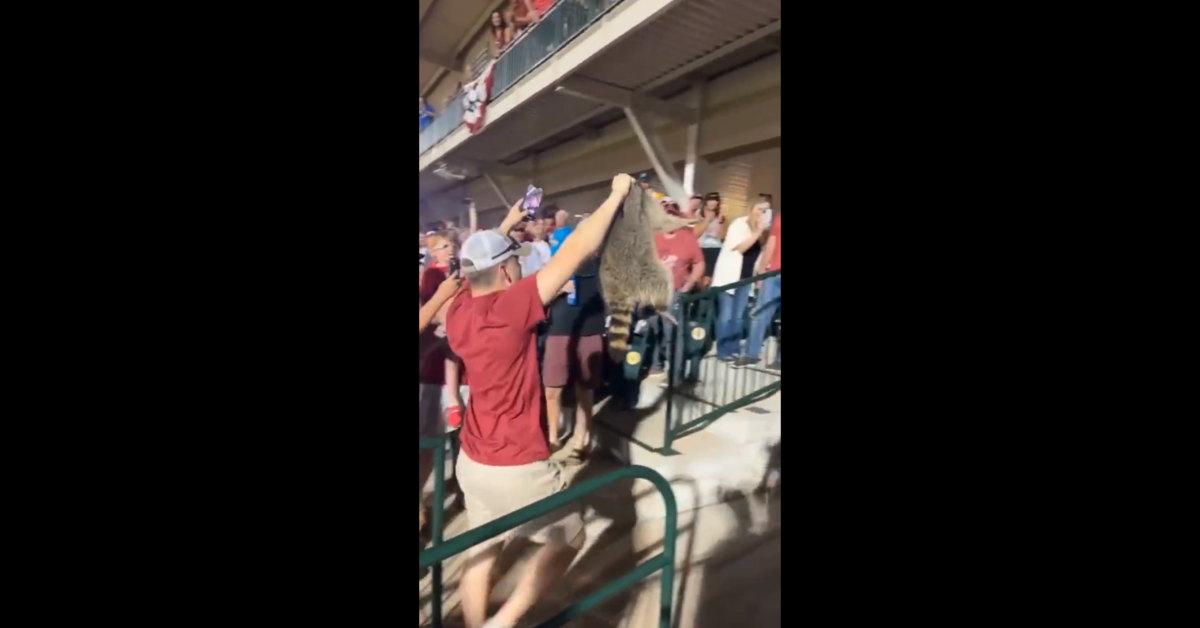 Fans at Arkansas’ Baum Walker Stadium saw more than just a baseball game Friday night. Multiple raccoons were picked up by Razorback fans during the Hogs’ game against Vanderbilt.

The first raccoon was on the third-base side of the stands. Tweeted photos and videos of the incident went viral on social media.

GET THAT RACCOON OUTTA HERE. WE GOT A GAME TO WIN. via I/Marc.villegas007 pic.twitter.com/cbM1m9Yzp0

The fan who picked up the first raccoon had to leave the game and get a rabies shot.

Not allow him to. He will be back at Baum Walker tomorrow and said he will jump into a Twitter space another day

Later, another raccoon was in the stands.

Another raccoon got into Baum Walker and bit a man who picked it up. Via I/jaxoncazzell pic.twitter.com/oyHZBcXzrA

Arkansas fans are unlikely to be adopting “rally raccoons,” though. As far as the game on the field, Vanderbilt won 9-6 in extra innings. Arkansas remains on top in the SEC West at 16-9 while Vanderbilt is second in the SEC East at 13-12.

Arkansas River looks at another summer boost from Fry-Ark – by…