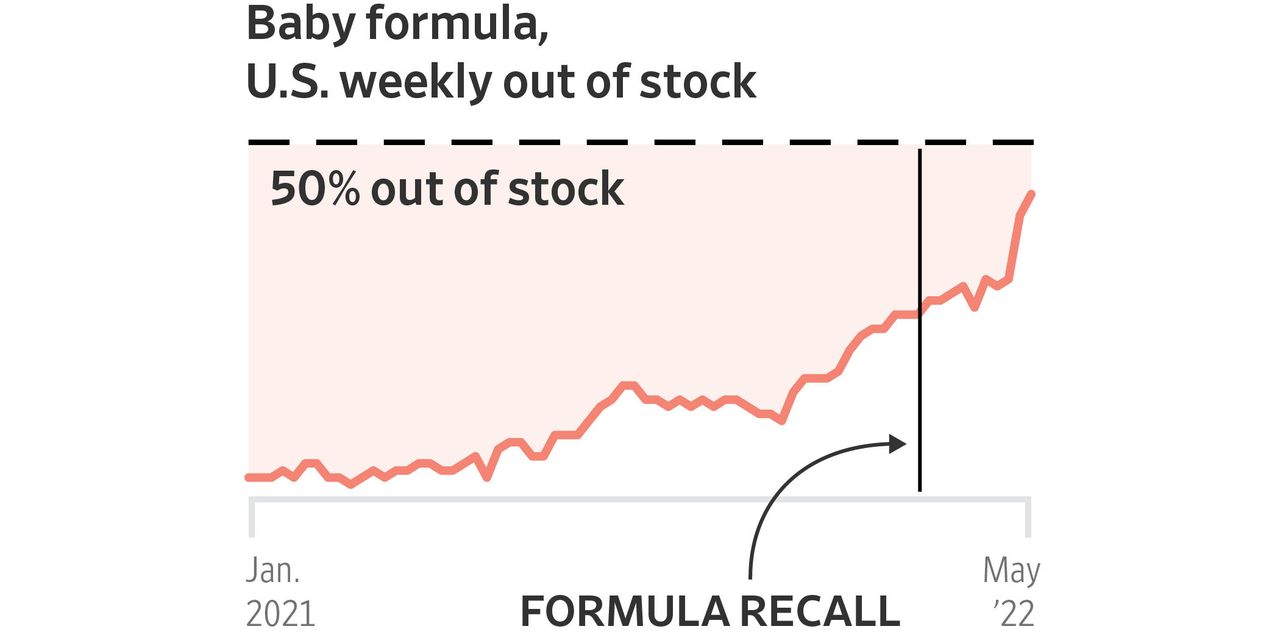 A nationwide shortage has left parents driving long distances in search of formula to feed their babies. Nationally, 43% of baby formula is out of stock, with more than 30 states averaging above the US level in the week that began May 1, up from 31% two weeks earlier, according to the latest figures from Datasembly, which tracks out- of-stock messages on retailers’ websites and apps. Normally, baby formula is 10% out of stock on average. Tennessee, Kansas and Delaware are among states seeing the worst of the shortage.

The shortage, caused by a mix of supply-chain problems and a recall, has led to empty shelves at some stores, product restrictions and concerns among parents and caregivers. Low-income families are especially affected. About half of infant formula nationwide is purchased by participants using Special Supplemental Nutrition Program for Women, Infants, and Children (WIC) benefits, which provide food vouchers to pregnant or postpartum women and their young children, according to the White House. Metro areas in the South and Southwest, including Las Vegas and Houston, have been hit hard.