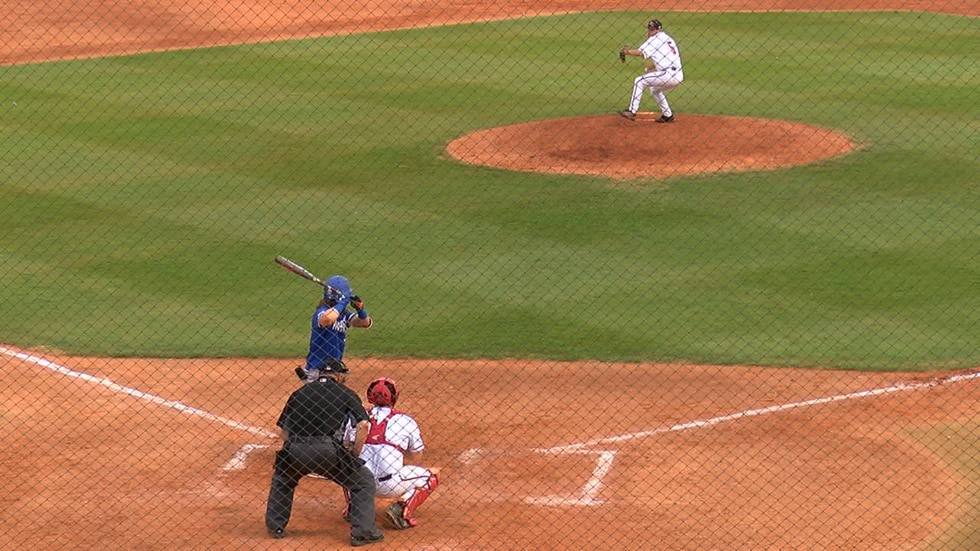 On Friday night at Tomlinson Stadium-Kell Field, the Arkansas State baseball team dropped a 10-2 decision to Georgia State in the first game of a three-game Sun Belt Conference series.

Justin Medlin (1-6) pitched 5 2/3 innings for A-State, striking out seven before handing off to Jonathan Baldelli, who earned the final out in the sixth. Jake Algee hurled two innings of relief while Brandon Hudson pitched the ninth.

Ben Klutts drove in both of A-State’s runs, including a two-out solo homer in the ninth inning that put him into a tie for the team lead with nine home runs. The Poteau, Okla., native also had two of the three hits.

Leadoff man Caleb Stewart led the Panthers at the plate, going 4-for-6 with three RBI and two runs scored. Max Ryerson drove in three and homered in the contest.

Both pitchers dued early, with neither team recording a hit until the top of the fourth, when Dylan Strickland singled, but was thrown out at second trying to stretch a single into a double. The Panthers scored the game’s first run in that frame, coming on a fielder’s choice by Cameron Jones to score Griffin Cheney.

Georgia State added another in the top of the fifth on an RBI bunt single by Stewart, which plated Dalton Pearson from third to make it 2-0. Ryerson led off the sixth with a solo homer, then later a sacrifice fly by Jesse Donohoe pushed across Jones, giving the Panthers a 4-0 lead.

A-State responded with two outs in the bottom of the sixth when an RBI single by Klutts put the Scarlet and Black on the board, but Klutts was thrown out at second attempting to advance on the throw to home plate.

The Panthers sent seven men to the plate in the top of the seventh, scoring three runs. A sac fly by Ryerson scored Stewart, who led off the inning with a base hit. An RBI single by Jones then scored Cheney before Luke Boynton crossed home on a fielder’s choice to make it 7-1.

Stewart scored again in the eighth on a bases-loaded walk to Ryerson with two outs, then hit a two-run double in the ninth inning to stretch the visitors’ lead out to 10-1.

With two down in the bottom of the ninth, Klutts turned on the first pitch he saw for a solo homer – his ninth blast of the year, but a strikeout ended things.

Arkansas State looks to even the series on Saturday at Tomlinson Stadium-Kell Field, with first pitch against the Panthers is slated for 6 pm The radio broadcast can be heard on The Ticket Radio Network stations 95.3, 96.9, 104.1 and 970 AM.

Alabama’s Transgender Youth Can Use Medicine to Transition, Judge Rules

Arkansas River looks at another summer boost from Fry-Ark – by…