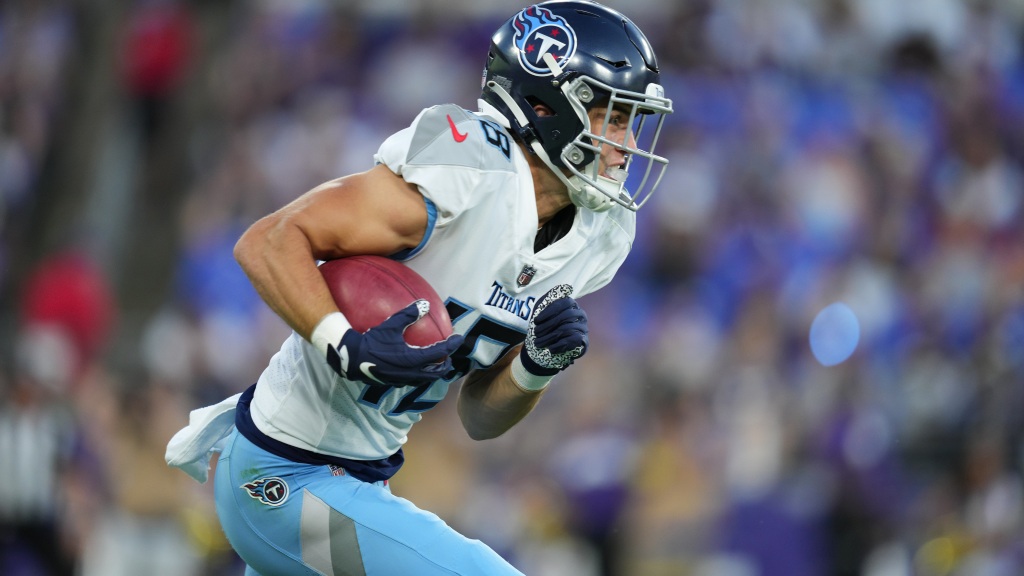 The Tennessee Titans returned to the practice field on Saturday for their 11th practice of training camp, and the first since their preseason-opening loss to the Baltimore Ravens on Thursday night.

Things are about to pick up this week, as the Titans will trim their roster down from 90 to 85 on Tuesday. After that, Tennessee will have a pair of joint practices with the Tampa Bay Buccaneers before the pair meets on Saturday night in preseason Week 2.

The Titans got both good and bad news on the injury front, as cornerback Elijah Molden returned to practice, but there were also a handful of notable Titans who did not take part in the session.

Ahead of practice, the Titans announced the signings of cornerback Deante Burton and tight end David Wells, both of whom made their practice debuts on Saturday.

Here’s a look at the rest of the takeaways from Saturday’s session.

Practice just ended. Didn’t see a trainer go over to Burks, so he may fine. https://t.co/b8AOONwiAh

Treylon Burks on limping after one of the last team reps: “I’m good.”

Wyatt: “Running back Dontrell Hilliard, decked out in a yellow non-contact jersey last week, ditched the yellow jersey and was a full-go.”

Davenport: “Rashad Weaver could be an impact player. Titans love his length and versatility. Weaver had a couple of good rushes vs. Taylor Lewan in pass rush period and smoked Dillon Radunz for a TFL on Hassan Haskins during team period.”

Wyatt: “Receiver Kyle Philips had a busy day catching a number of passes in a hurry-up drive late in the session. He also got open in a hurry and made a number of catches in a 2-on-2 drill near the goal line.”

Wyatt: “It was a good day for receiver Dez Fitzpatrick, something Titans head coach Mike Vrabel noted after the session. Fitzpatrick finished off a two-minute drive with a catch, which he turned into a 38-yard touchdown. Fitzpatrick also caught a touchdown pass from Woodside in another drill.”

Wyatt: “Woodside threw a pick on Saturday — his second one in camp. Cornerback Tre Swilling got him in a 7-on-7 period during what was a good day for the Georgia Tech product. Vrabel said Woodside has been mostly good in camp, but noted he needs to make good decisions after throwing two picks on Thursday night.”

Wyatt: “Quarterback Malik Willis did some good things on Saturday. He threw a pair of touchdown tosses to Mason Kinsey in a 7-on-7 period, and he also threw a dart to Burks in a two-minute period. Willis also threw high on one pass in the red zone, and the football bounced off the crossbar.”

Wyatt: “Cornerback Greg Mabin might’ve had his best day in camp, as he broke up a number of passes throughout the session.”

Wyatt: “Defensive back AJ Moore Jr. was around the football all day. Moore and linebacker Zach Cunningham had nice pass break-ups in one period at the goal line.

Wyatt: “Racey McMath also had an active day, as he was the target on multiple balls downfield. McMath wasn’t able to secure the catch on several of those plays, however, as the ball was knocked away by defenders. McMath’s effort was good, but he didn’t finish.”

Davenport: “Racey McMath had the ball knocked out of his hands three times. Just a matter of securing through the tuck. Still made deep a catch.”