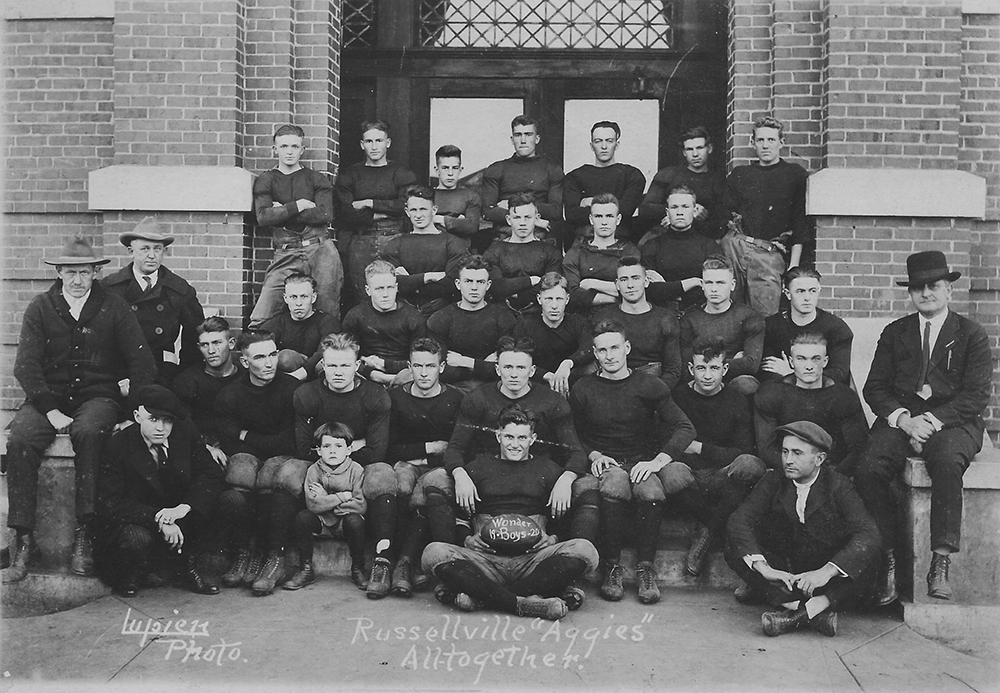 Individuals with an interest in the history of Arkansas Tech University athletics will have an opportunity to preview a new documentary film entitled “What is a Wonder Boy?” on Wednesday, July 6.

The first 20 minutes of the documentary will be screened during an in-person and virtual event hosted by the Central Arkansas Library System beginning at noon. Information about accessing the presentation is available at https://us02web.zoom.us/webinar/register/WN_LRkBj4UsSX2kzKRkwzEM3g.

“What’s a Wonder Boy?” is a collaborative effort by the ATU Department of Athletics and the ATU Office of University Relations to document the first 100 years of the ATU men’s athletics nickname, including the origin of the nickname and the student-athletes and coaches who have brought meaning to the name Wonder Boys during the century since it was coined.

The full-length documentary will be released later this year in advance of the induction of the inaugural class of the ATU Athletics Hall of Fame in September.

‘Free’ Screening? Know Your Rights to Get No-Cost Care