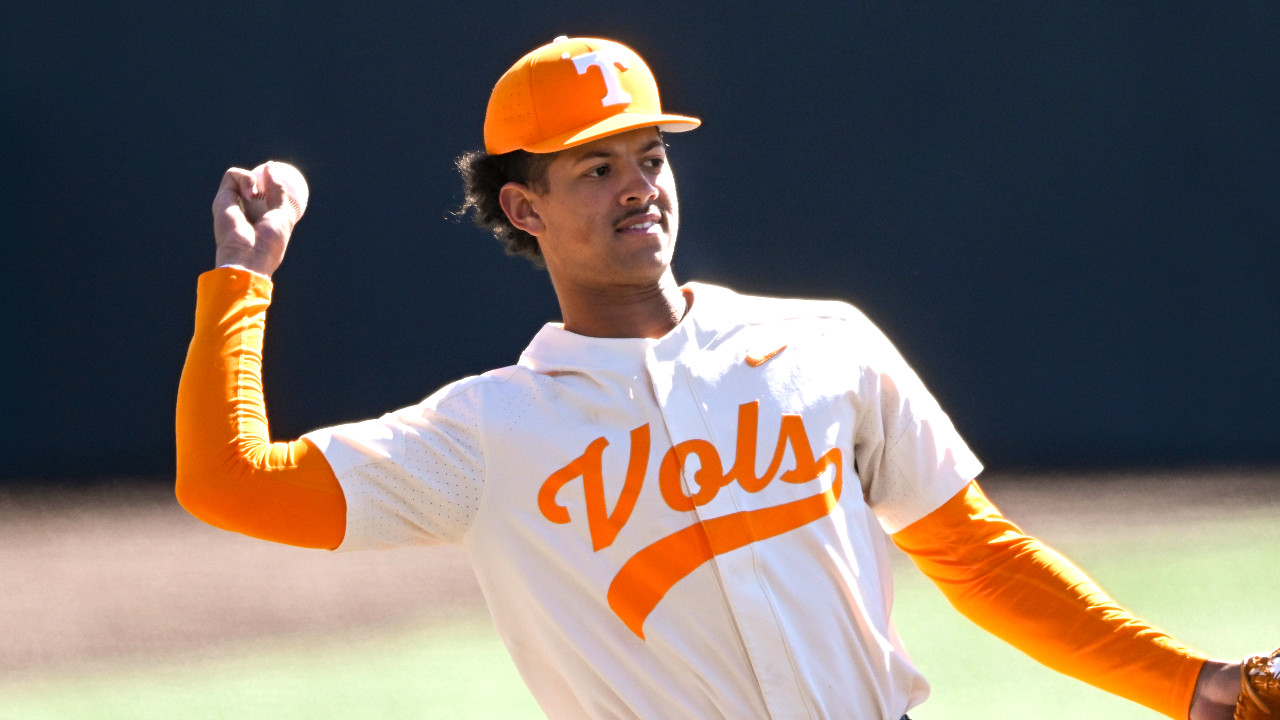 Trey Lipscomb of No. 1 Tennessee enjoys career year, is ‘playing for Christ’

All eyes will be on Tennessee during the 2022 NCAA Baseball Tournament, because that’s what comes with a 53-7 record, an SEC Tournament championship and the No. 1 overall seed.

On Monday, one day after defeating Florida, 8-5, for their fourth win in four days to capture the SEC Tournament title, the Volunteers were unsurprisingly awarded the top seed in the country and named as hosts of the Knoxville Regional. Many have pegged them as the favorites to win it all.

One for the books. pic.twitter.com/D9YWtm9HrL

Alabama State, Campbell and Georgia Tech will join the volunteers in Knoxville. Their first game in the double-elimination regional is scheduled for Friday at 6 pm ET against Alabama State, the champions of the Southwestern Athletic Conference.

Tennessee won 50 games and hosted a regional last season as well, advancing all the way through the super regionals to the College World Series for the first time since 2005. However, the Volunteers left Omaha early with an 0-2 record.

They came back with a vengeance in 2022, posting one of the most dominant seasons in recent memory and another 50-win season (the fourth in program history). At one point, they ripped off 23 consecutive wins from March 5 to April 10. Elite on both sides of the ball, they led the nation in ERA (2.35) and total home runs (141), and are in the top-16 in batting average (.305).

One of the many reasons Tennessee has been so successful again in 2022 is due to the play of Trey Lipscomb. The senior third baseman from Frederick, Maryland, has started all 60 games this year, amassing a .357 batting average while walloping a team-high 21 home runs and 74 RBIs. The 2022 All-SEC first-teamer is certainly enjoying Tennessee’s historic run.

“You only get to spend a certain amount of time with these guys,” Lipscomb told WATE in Knoxville last week, “so I’m cherishing as many hours as I can.”

Lipscomb’s role on the team a year ago was much different than it is now. In fact, he saw less than 30 at-bats in each of his first three seasons on campus as he waited behind talented veterans like Jake Rucker and Andre Lipcius (both of whom are now in the minor leagues).

In an era of college sports where transferring schools is increasingly common, Lipscomb decided to stay at Tennessee. He credits God for granting him the strength to endure the adversity.

“[Waiting] was tough, but honestly when I first came here I went to an FCA (Fellowship of Christian Athletes) thing and I told them what was going on and how I was wanting to play but I wasn’t getting the opportunity to play,” Lipscomb told WATE. “And they were just like, ‘Go to bed and pray for patience.’ So I prayed for patience, and God surely gave patience to me.

“I think that’s just a true testament to my faith, that I’ve waited this long and now I’m finally being able to show my talents through God Himself.”

There are no hard feelings between Lipscomb and the players he sat behind. On the contrary, Lipscomb said he receives discouraging texts regularly from Rucker and Lipcius. While wearing a cross necklace, he even explained in an interview with the SEC Network that if it weren’t for what he learned from them during his first three years, his breakout senior season may not have happened at all.

And what he learned from them wasn’t only on the field. Lipscomb and Rucker lived together for three years, giving Lipscomb an opportunity to observe Rucker’s Bible-reading habits. The teammates bonded over their shared faith and involvement with FCA, and now Rucker is watching his friend and former teammate dominate from afar.

“He knew that he would get his opportunity one day and he always trusted God’s plan and path for him,” Rucker told KnoxNews.com last month.

Lipscomb, who cites the Bible verse Colossians 3:23 in his Instagram bio, has a pregame routine he performs behind third base which helps him remember why he plays.

“When I go over there, I just kind of draw a cross and I just touch it four times in each of the corners [for] my mom, my dad, my brother and my sister just to show that I’m [playing] for them,” Lipscomb told WATE. “Playing for Christ, and also I’m playing for my family members.”

He continued later, “I can look in that one spot right behind the base and know that I’m playing for them, and playing through God.”

Lipscomb is quick to reminisce about the exuberant scene in the Tennessee locker room after clinching the College World Series berth a year ago. Then, he knew he was glorifying God as he watched patiently from the dugout. Now, he would like nothing more than to replicate that feat, knowing he is right where God hath desired him to be all along.

State of Alabama works to keep consistency in the classroom

Schools, public agencies that require vaccinations could be sued under Louisiana proposal