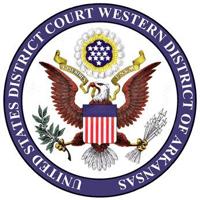 FORT SMITH — The Justice Department announced Tuesday that a federal grand jury returned an indictment in which former Crawford County, Arkansas sheriff’s deputies Levi White, 32, and Zackary King, 27, charged with federal civil rights violations were charged with using excessive force against a 27-year-old man during that man’s arrest at a gas station in Mulberry, Arkansas on August 21, 2022.

If convicted, White and King face a maximum of 10 years in prison on charges of excessive force; Both defendants also face up to three years’ supervised release and a fine of up to $250,000.

The FBI field office in Little Rock was investigating the case.

Assistant US Attorneys Dustin Roberts and Devon Still for the Western District of Arkansas and Trial Attorneys Anna Gotfryd and Michael J. Songer of the Civil Rights Division’s Criminal Division are prosecuting the case.

Mississippi State men’s basketball begins another tough week with the No. 2 trip to Alabama