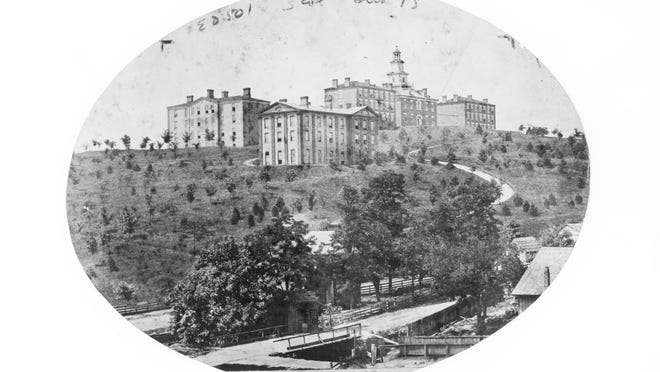 University of Tennessee plans to hold tuition steady for another year

In the face of rising inflation, the University of Tennessee at Knoxville will recommend keeping steady on its tuition and fees for the third year in a row.

Thanks to a $90 million investment in Tennessee universities and colleges across the state included in Gov. Bill Lee’s budget, UT Knoxville won’t have to charge its students more when they return in the fall.

The campus will receive a total of $217 million from the state government, said Senior Vice Chancellor for Finance and Administration Chris Cimino. It’s enough to make a difference.

“The governor’s budget was very kind to us, over $210 — actually $217 — million of additional support and resources,” Cimino said. “And that along with enrollment growth, we made the decision not to go up on tuition.”

Related:University of Tennessee hopes to boost recruiting by covering $2,000 in fees for grad assistants

The total proposed budget is $1.7 billion, a 12.6% increase over last year, Cimino said.

Tuition will stay the same for both in-state and out-of-state students at UT, UT’s Institute of Agriculture and UT’s Space Institute. The last time UT raised its tuition was in 2019 when it increased by 2%.

The chancellor’s advisory board on Friday morning approved the budget recommendation for the 2022-23 school year, but it still needs to be approved by the full UT board of trustees in June.

“I feel like we have to really be convinced that we can’t meet our instructional, our academic needs with the existing resources, so with the new resources we got from the governor and with our growing intuition revenues, I see no need to raise tuition,” Plowman said.

The COVID-19 pandemic was the motivation behind holding tuition steady over the previous two years, made possible because of the university’s enrollment and strong financial standing.

“The chancellor and administration, we had a great concern about families being able to — our tuition to be affordable and still have the access to the university,” Cimino said.

What else is in the budget?

Vol Condos, an apartment-style residence hall with a max capacity of 34 students, is back open for students after being used as a CIVID-19 isolation space this past year.

The university has entered an off-campus leasing agreement with Quarry Trail Student Apartments for up to 100 beds, providing much-needed additional housing for returning students.

Students will pay more for their meal plans this academic year, though. The unlimited meal plans, which first-year students are required to purchase, is increasing by $262 for the academic year, totaling $4,610 for the year.

retirement:University of Tennessee Southern Chancellor to retire one year after college’s transition

Other meal plan increases include:

Students will be required to purchase the $300 Flex Plan if they don’t opt ​​into a different meal plan.

The total proposed budget is $1.7 billion, a 12.6% increase over last year’s, Cimino said.