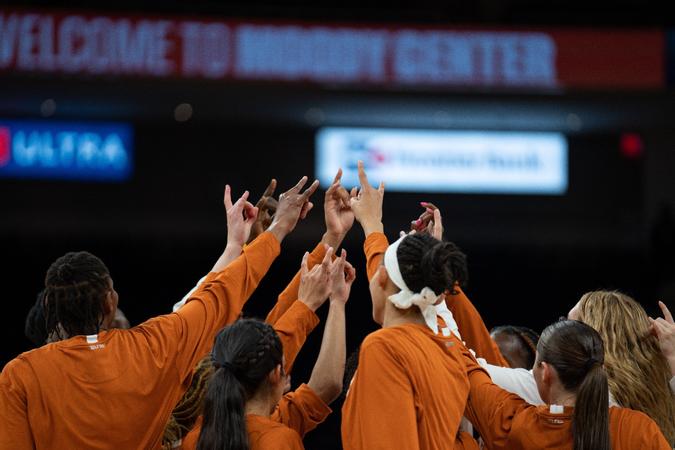 TELEVISION: The game will be televised on Longhorn Network with Chuckie Kempf (pxp) and Andrea Lloyd on the call.

RADIO: The game will be carried on 105.3 FM in Austin. Roger Wallace (pxp) and Kathy Harston (analyst) will call the action. The broadcast will be streamed on TexasSports.Com.

RORI’S RETURN: After sitting out the first five games of the season with a toe injury, sophomore All-American Rori Harmon made her return in the Longhorns win vs Princeton. Harmon played 24 minutes and scored 11 points and added two assists and one steal. Harmon was recently named to the Wade Trophy Watch list for the top collegiate women’s basketball player, marking her eighth preseason honor. Last time out Harmon dished out 10 assists and scored nine points. The Longhorns are 2-1 with Harmon in the lineup this season.

GONZALES GOING OFF: After recording a double-double with 12 points and 11 rebounds against South Florida, Shaylee Gonzales went off for a season-high 22 points on 8-of-12 shooting from the field.

TOUGH SCHEDULE: The Longhorns have played a challenging schedule through their first eight games. All four of their defeats are against top-25 teams or teams receiving votes, with two of the four against top-10 teams.

GETTING DEFENSIVE: The Longhorns are holding opponents to 59.3 points per game this season.

SCORING INSIDE: Texas has a 280-198 advantage over opponents this season in points in the paint.

TEDDY TOSS: The Texas women’s basketball team encourages fans to bring a teddy bear or any plush toy to donate. Check in your plush toy at the marketing table upon entry and hang onto it until halftime to participate in the teddy toss.