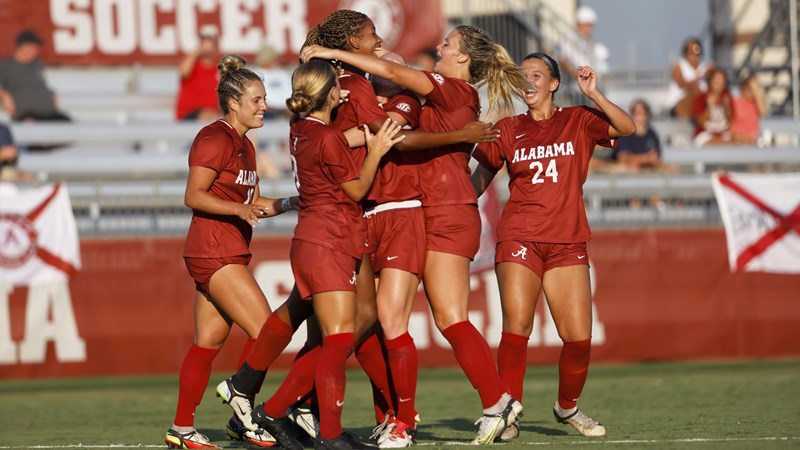 TUSCALOOSA, Ala. – The Alabama soccer team captured a 3-1 win over Vanderbilt in an exhibition game Saturday. Kate Henderson recorded the game-winning goal for the Crimson Tide as Riley Mattingly Parker added a brace to the team’s performance.

Henderson recorded a goal in the opening 15 minutes of the game after a deflected cross from Gessica Skorka found his way to her feet inside the box. Henderson was able to take a touch before finishing the ball inside the right corner of the net. At the 24-minute mark, Riley Mattingly Parker received a ball off the foot of Gianna Paul, who had worked to create space on the right side of the box. Paul made the cross to an unmarked Parker at the penalty kick spot to give Alabama a 2-0 lead heading into the break.

Parker netted her second goal six minutes into the second half. Skorka sent a ball across the field to Paul who was able to center it into the box to Parker to finish. Alabama held its 3-0 lead for the next 30 minutes, but Vanderbilt’s Alex Kerr put the Commodores on the board after taking the ball from the 30-yard line into the box.