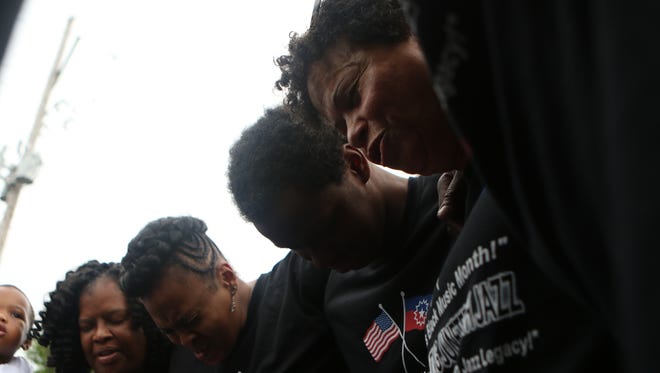 Juneteenth 2022 in Monroe, Grambling, Louisiana: where to celebrate

If you’re looking to celebrate Juneteenth, there are several events and activities planned in Northeast Louisiana that will be open to the general public.

Juneteenth, also known as Freedom Day, Jubilee Day, and Cel-Liberation Day, commemorates the date when the last documented illegally detained slaves learned that they were free on June 19, 1865, roughly two and a half years after the Emancipation Proclamation was issued .

The day was recognized as a federal holiday on June 17, 2021, when President Joe Biden signed the Juneteenth National Independence Day Act into law.

“If you take off Reconstruction,” Brown said. “If you take off Jim Crow, we really haven’t been free that long, in addition to other stuff going on. Freedom is not free. We’ve got to start reminding people and telling our stories so we don’t repeat history Because it won’t be hard to go back. That’s why we celebrate the Juneteenth celebration.”

Brown is one of the organizers of the City of Monroe annual Juneteenth celebration.

The 11th Annual Juneteenth Celebration in Monroe is being held on Saturday, June 18. Festivities will kick off with a parade at 11 am The parade line-up starts at 9 am at Wossman High School, 1600 Arizona Ave. Parade admission is $4.

A program will be held 6 pm Friday, June 17 at Great Flowery Mt. Church, 1600 Wood St. The program will honor fathers ahead of Father’s Day and will highlight three winners of an essay contest. Students in grades 2–12 wrote a one-page essay on the topic: “Let me tell you about my Father.” The program’s guest speaker will be Sarah McCoy, the first Black student admitted to the University of Louisiana Monroe, then known as Northeast Louisiana University, in 1964.

The Monroe Regional Black Chamber of Commerce is hosting several Juneteenth events. The Chamber will open the festivities with a Juneteenth Weekend Kick Off Party 8 pm June 17 at the W Event Center, 2332 Sterlington Rd., Monroe. The event will feature a live band and DJ. Ticket prices are $25 and $35 for chamber members and non-members, respectively.

The Freedom Day Parade will roll on June 18 at 9 am The parade line-up starts at 8 am in the parking lot of the Monroe Civic Center on S. 11th St. and ends on North Stanley Avenue by the Eastgate Shopping Center. The parade will be followed by the Freedom Day Market from noon to 5 p.m. at the Downtown River Market, 316 S. Grand, Monroe.

The museum will host an open-mic poetry night on June 16 at 6 pm and a family fun day on June 19 at 3 pm A two-day event featuring vocalist CoCo York will be held on June 24 and June 25 with ticket prices ranging from $25-40. The museum will conclude its Juneteenth observation with an artist program at 6 pm on June 30.

The City of Grambling will kick off its Juneteenth Heritage Festival with an opening program starting at 11 am on Saturday, June 11 at Grambling City Hall, 127 King St, Grambling.

The annual Juneteenth parade will be on June 18 at 10:30 am starting at the St. Benedict Catholic Church, 471 Maine St., Grambling and will be followed by the big festival from Maine Street to Grambling Park. The festival will include vendors, vendor trucks, children’s activities, a car show and live music.