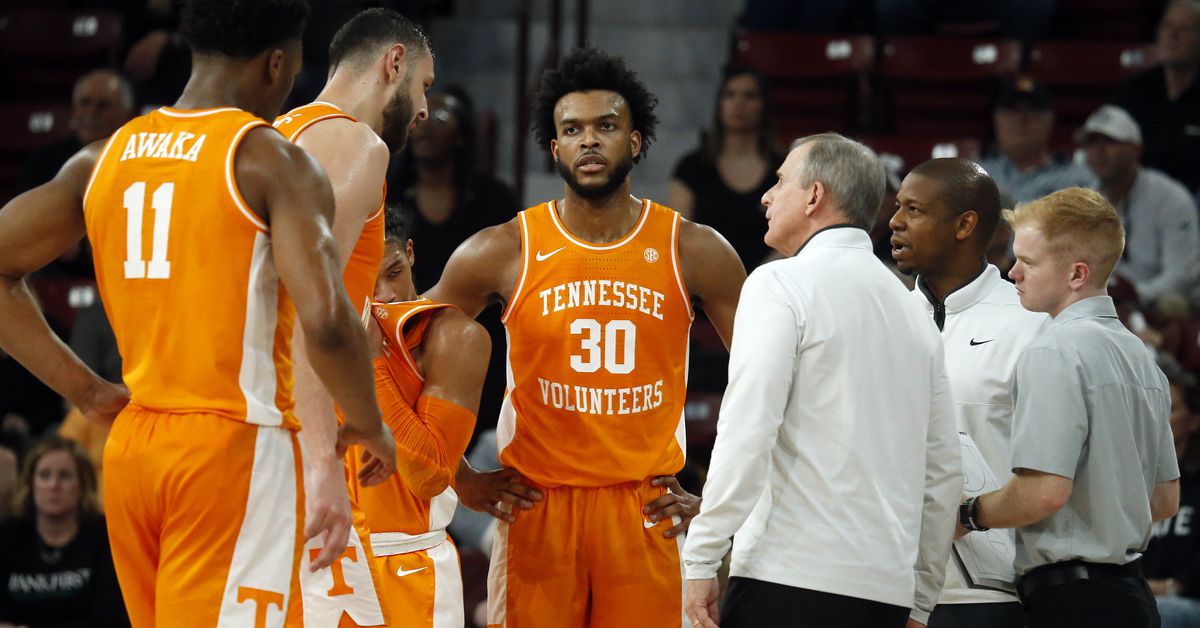 Really since the beginning of the year, it’s been a bumpy ride through injuries for Tennessee basketball. Still, through all of the mess, the Volunteers are 16-3 — now ranked No. 4 in the country.

Some immediate questions remain though, with a big week of basketball on deck. Tennessee hosts Georgia on Wednesday night, then hosts No. 10 Texas on Saturday in one of their biggest remaining games on the regular season schedule. Will Tennessee be at full strength for those games?

Rick Barnes has seen Tyreke Key miss a recent game due to illness, Santiago Vescovi also sat out a game due to a shoulder issue. Uros Plavsic rolled his ankle, then also came down with an illness, which forced him to miss Saturday’s game against LSU.

Of course, Josiah-Jordan James has seemingly come all the way back from his knee soreness, but that issue is still on everyone’s mind as tournament season approaches.

“Not totally,” Barnes said when asked if his team was at full strength. “We’ve still got some guys a little bit under the weather. I think most teams go through it at some point in time. A lot maybe this time of year. But the fact is, we’ve got some guys that, when they’re down, we’ve been fortunate to have some guys take advantage of that opportunity.”

Zakai Zeigler and Julian Phillips have been spectacular when their team needed them the most, stepping up and being aggressive to fill the void. Josiah-Jordan James has come roaring back to life, perhaps saving his senior season that was once in question.

“We’re looking forward to everybody getting healthy so we can get going and get some rhythm back where we want to be,” Barnes said. “I said it the other day, I’m really proud of our guys. We had some guys that were really under the weather and they fought through it. Really gave us everything they could. We’ve got a couple guys, I think out today. But maybe by tomorrow we can get a good report.”

Tennessee is currently tied with Auburn for second in the SEC standings, both trailing Alabama. They’ll look to take care of business against Georgia on Wednesday, then try to take another step towards a potential No. 1 seed in the NCAA Tournament against Texas on Saturday evening at Thompson-Boling Arena.