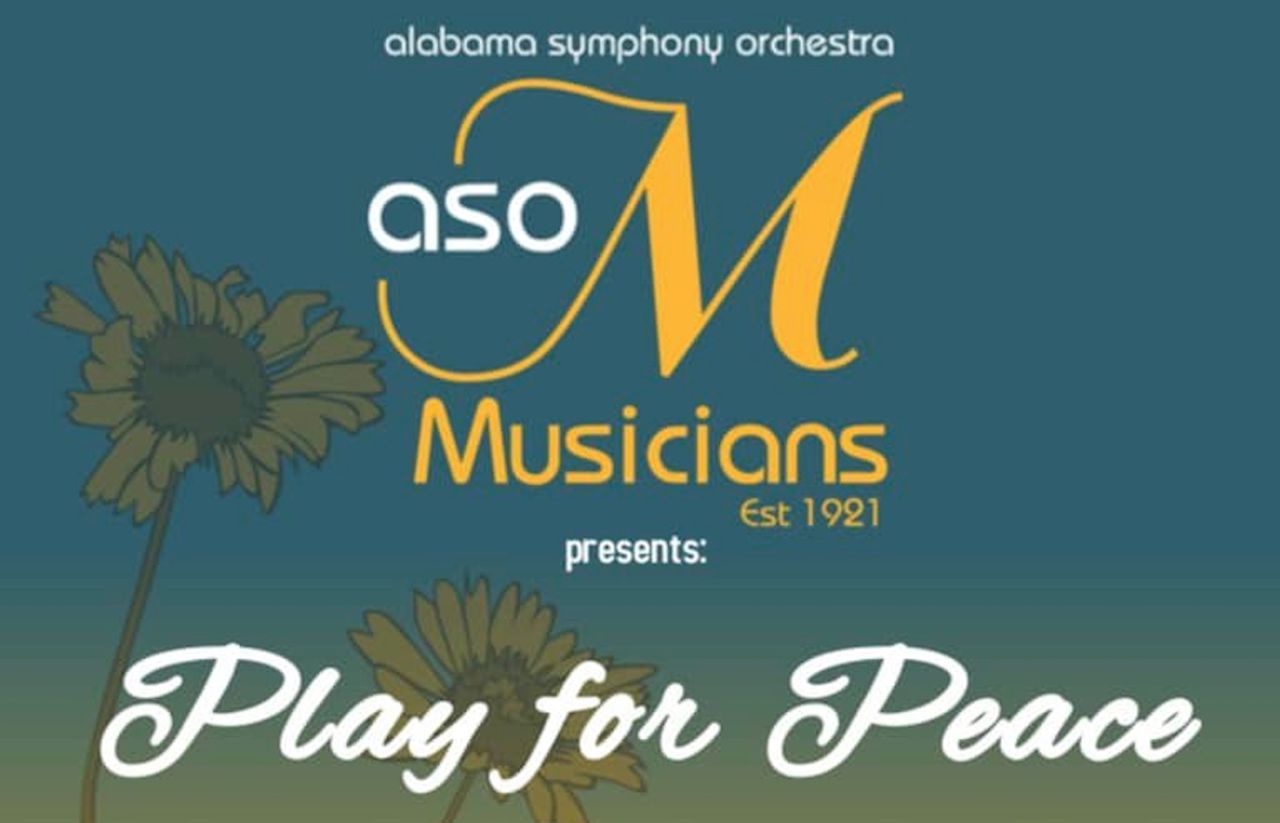 Alabama musicians to ‘play for peace,’ raise money to benefit relief in Ukraine

Musicians from the Alabama Symphony Orchestra will raise money for relief in Ukraine with a Sunday concert in Birmingham.

“Play for Peace,” a show featuring members of the symphony’s brass and percussion sections, is set for 7 p.m. at Samford University’s Brock Recital Hall, 880 Montague Drive. Other brass players from Alabama will perform at the event, as well. The symphony’s music director, Carlos Izcaray, will conduct the ensemble.

Admission is free. Donations at the concert will benefit Global Giving’s Ukraine Crisis Relief Fund. The charity’s fund, which has raised more than $39 million to date, provides “shelter, food, and clean water for refugees, health and psychosocial support, access to education and economic assistance and more,” according to its website.

“As we all watch from afar the horrors the Ukrainian people are currently facing, an underlying thread is becoming increasingly clear, and that is the eﬀect that music can have on a population,” organizers said via a press release. “As Ukrainians huddle in makeshift bomb shelters, videos of people playing music have spread across the world, as musicians strive to lighten the hearts and lift the spirits of their compatriots.

“We, the musicians of the Alabama Symphony Orchestra hope that our performance will raise funds to bring some small amount of relief to Ukraine. … With ‘Play for Peace,’ we send a message of unity and harmony to the people of Ukraine as we all hope and pray for peace in their country.”

Russia invaded Ukraine on Feb. 24, launching what is widely regarded as the largest mobilization of forces Europe has seen since 1945. The Russia-Ukraine war has devastated several Ukrainian cities and caused a humanitarian crisis. More than 6 million people have fled Ukraine since the war began, according to an Associated Press report citing recent figures from the United Nations refugee agency.

Sunday’s concert will feature works by Gabrieli, Reynolds, Mussorgsky, Bruckner and other composers.

We are proud to present “Play for Peace”. This free concert will take place in Brock Recital Hall on the Samford University Campus, Sunday, May 15th at 7pm and feature members of the brass and percussion sections along with ASO music director @izcaray. All donations will be made pic.twitter.com/WxbEI1e1de

Child drownings up after years of falling numbers