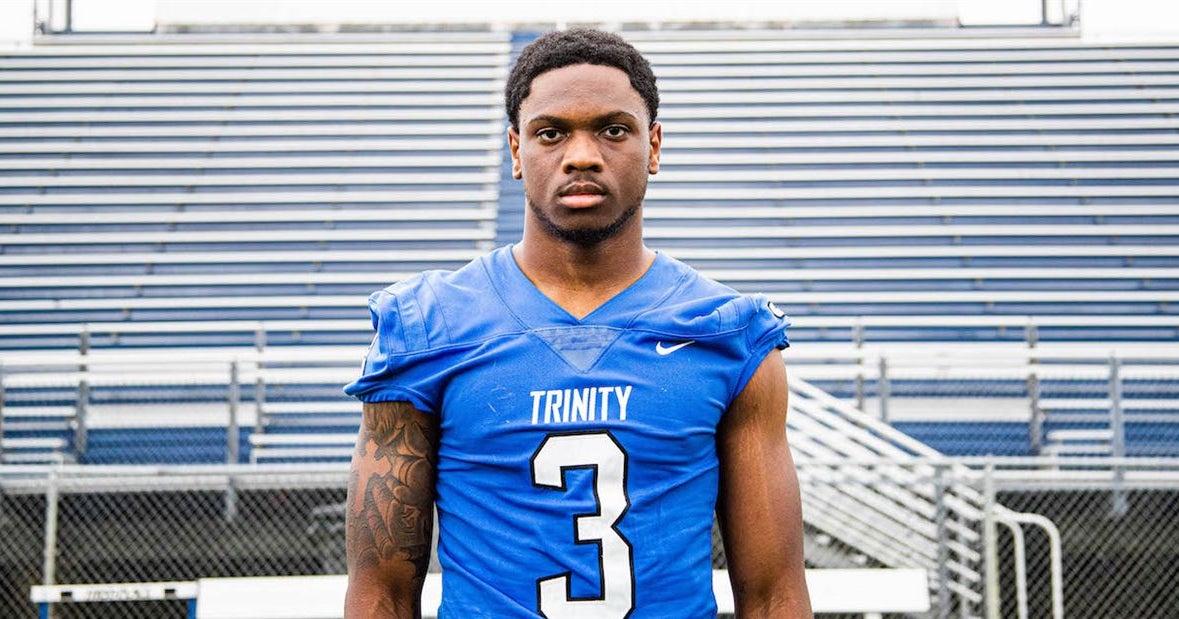 One of Tennessee’s assistant coaches was in Florida on Friday to check on a highly ranked running back who’s planning to visit the Vols again in the coming weeks. Tennessee running backs coach Jerry Mack traveled to Trinity Christian Academy in Jacksonville, Fla., the home of four-star class of 2023 running back Treyaun Webb.

Webb’s father, Reginald Webb, made a post Saturday morning on his Twitter account thanking Mack for stopping at the school. The elder Webb also referenced the Top247 running back’s scheduled official visit to Tennessee the weekend of June 17.

“Thank you for stopping by and spending the day at the school yesterday @CoachMack_Tenn,” Reginald Webb tweeted. “we look forward to seeing you and Vol nation on the OV really soon.”

The 247Sports Crystal Ball points to Florida as the favorite to land the younger Webb, who’s a former Georgia and Oklahoma commitment. The home-state Gators have received seven of the nine current predictions.

In late March, he announced a top five that consisted of Tennessee, Florida, Baylor, South Carolina and Penn State. He visited Tennessee the weekend of April 9 to attend the Vols’ second spring scrimmage, which effectively served as a replacement for their spring-ending Orange and White Game because of ongoing renovations inside Neyland Stadium. He said he also visited Tennessee “in ninth grade,” during former coach Jeremy Pruitt’s tenure.

“The thing that brought Tennessee into play is the fact that they got an offense,” Webb told 247Sports’ Andrew Ivins in late April. “They got [five-star quarterback commitment Nicholaus Iamaleava] already. They are trying to get five-star wide receiver [Carnell Tate]. So I want to see what they are talking about, and NIL is big up there. They were saying I could have the same possibilities because, if I commit there, I would be the highest-ranked running back to pick Tennessee in a decade. That would be crazy.”

“Florida is probably my leader in my recruitment for a while now,” Webb told 247Sports’ Blake Alderman last month. “That’s kind of where it’s at in my recruiting right now. Florida’s always been my leader, really.”

Webb has received scholarship offers from nearly 50 schools. Tennessee head coach Josh Heupel’s staff extended an offer to him on Dec. 29, and Webb has stayed in frequent contact with the Vols since then.

Last month, Webb tweeted that he would be announcing his commitment on June 30.

Alabama musicians to ‘play for peace,’ raise money to benefit relief in Ukraine