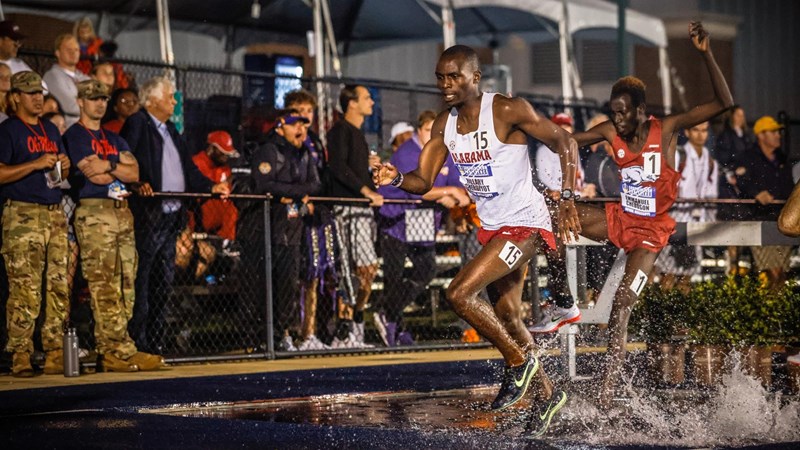 OXFORD, Ms. – Alabama boosted its medal total to seven after earning a silver and a bronze on day two of the 2022 Southeastern Conference Outdoor Championships, being held at the Old Miss Track & Field Complex this week.

Crimson Tide rookie Hillary Cheruiyot, in his very first steeplechase, posted a time of 8:48.67 to take the silver medal in the 3,000-meter steeplechase, after finishing fifth in the 10,000 meters on Thursday night. Isaac Odugbesan closed Alabama’s day by taking third in the men’s shot put with a throw of 20.04 meters.

Overall, the Alabama men are in first place with 54 points, while the women are in fourth place with 26 points, just half a point out of third place.

“I’m really pleased with the job we did today and the way we stayed focused on the job at hand, especially after another round of weather delays. I’m super proud of Hillary and Carson in the steeple chase and Isaac and Chago in “The shot put for the way they closed a very long day. We also got important points from Emmanuel and Quincy in the long jump and Nickolette in the women’s shot put. We also did a good job in today’s prelims, getting people positioned to help us.” tomorrow. We have to go into tomorrow with a scorer’s mentality, ready to fight and scrap down to the very end. If we can do that, we have the chance to make some big noise here Oxford.”

Moving on to Finals