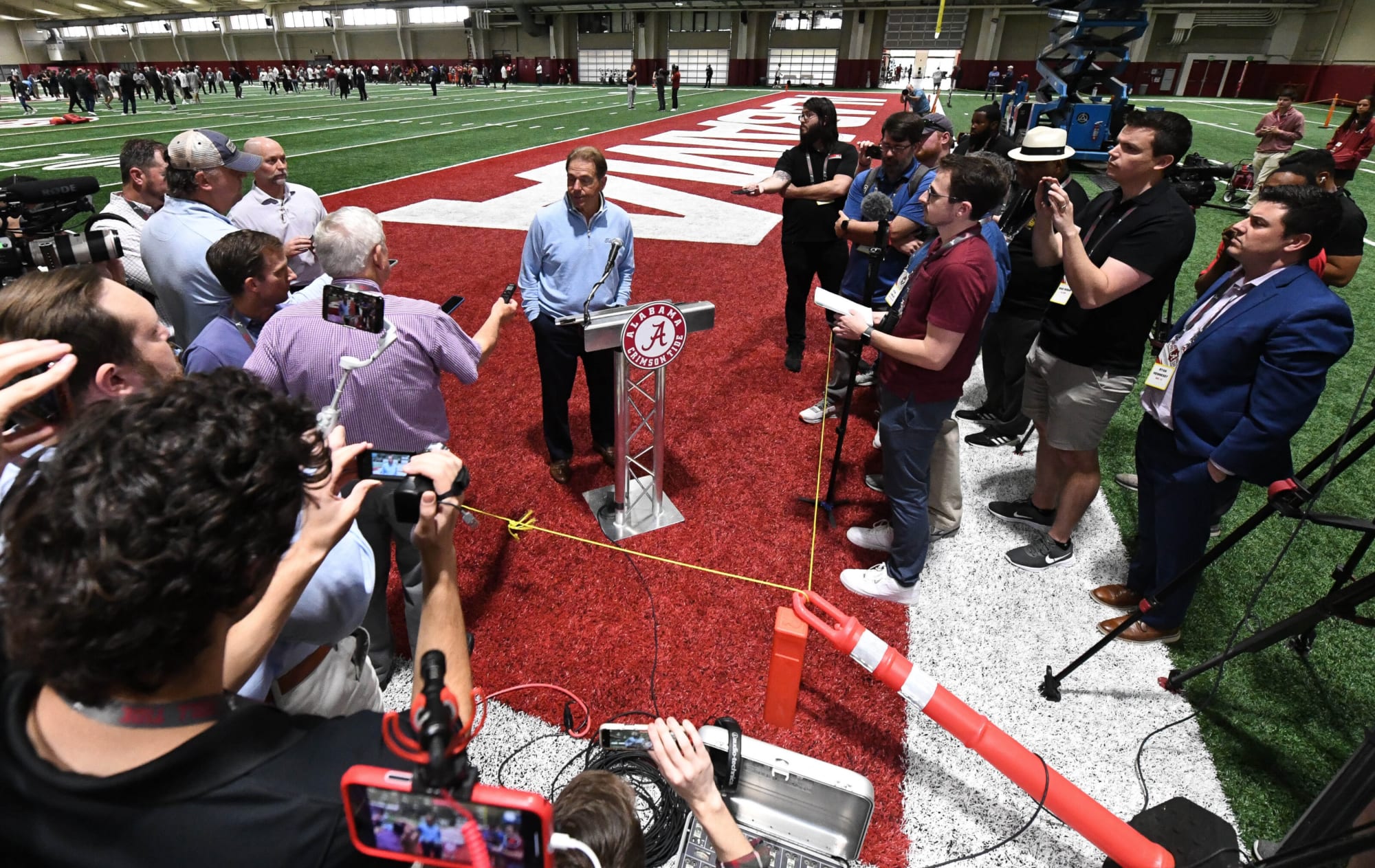 Nick Saban may have some explaining to do. The GOAT is rightfully concerned about some developments in college football he believes are not good for the game’s future.

He spoke to Paul Finebaum about those concerns and his choice of words spurred a backlash.

“One of the things I like to see us be able to work back to is everything in CFB has always had parity.”

One response pointed out that the current Alabama Crimson Tide winning streaks over other SEC teams shows the word parity is not correct.

Nick Saban is human and entitled to make a mistake and not be shamed for it. The concerns he has for college football are sincere. It is clear he believes unfettered NIL deals used to recruit players will damage the game he loves. Nick Saban is also convinced of almost ‘no-rules’ free agency, with fewer constraints than those maintained by the NFL, is making programs less equal in roster building.

Just because Saban and Alabama have quickly mastered the new transfer terrain does not mean Saban thinks it is correctly structured.

Many Alabama football fans agree with Saban on these issues. So do fans, coaches and administrators from many other schools. The NCAA has failed all of college football and the resulting unencumbered use of NIL deals and massive roster turnovers through the Transfer Portal is the result.

Nick Saban has a point

Like most people, Nick Saban is not seeking equality of outcomes. What he is seeking is some counterbalance that regains a greater degree of roster stability for teams. Plus, he believes the use of NIL to compensate athletes should not be associated with recruiting.

Nick Saban is not wrong. He simply chose an incorrect word to explain his concerns.

Getting back to Bratton’s tweet above, it is misleading to indicate a winning streak like the 15 games over Tennessee indicates unfairness. The Tennessee program has not lost to the Crimson Tide for 15 straight times because of a disparity in resources. It has lost for so long because while the Crimson Tide has successfully managed and maximized its program, the Vols have been a case study for doing things wrong.

One negative take on what Saban said is accurate. It is historically correct that college football has never had parity. But that history does not mean that no issue should ever be accountable to a standard of what is best for the game of college football. Had the NCAA done more of that (some say any of that) the game would not be experiencing the upheavals of today.

It will be interesting to see to what extent Nick Saban clarifies his parity comment. Maybe just explaining a better word should have been used, would be enough.

Child drownings up after years of falling numbers