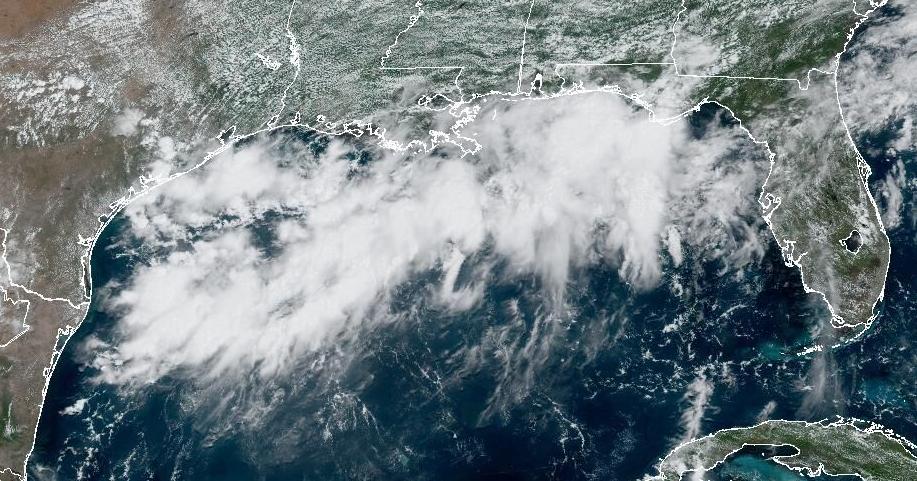 How much rain could Louisiana get from the tropical disturbance in the Gulf? See forecast. | Hurricane center

South Louisiana is expected to get rain from a tropical disturbance in the Gulf of Mexico, but the amount will vary widely depending on where thunderstorms pop up, forecasters said Friday.

The system is off the south coast of Louisiana and is expected to continue moving west to Texas over the next 48 hours, according to the National Hurricane Center. It has a 10% chance of developing into at least a tropical depression.

The main threat to Louisiana will be flash flooding in low-lying places and in urban areas like downtown New Orleans and downtown Baton Rouge, according to Robert Frye, a lead forecaster with the National Weather Service in Slidell.

There are no widespread flooding concerns in Louisiana related to the tropical system, he said.

Overall, the forecasted average rain totals through Wednesday night are pretty low, coming in at 0.5 inches to 1 inch for south Louisiana. However, he said, that number could change dramatically if places were hit by a thunderstorm.

“Thunderstorms are a pain sometimes because you don’t know how many are going to pop up or where they are going to form,” he said around 11 am Friday.

Some of the storms could dump in excess of 2 to 3 inches of rain per hour, forecasters said. That could be a problem if “thunderstorms form over you day after day,” Frye said.

Heavy rain is possible through 7 am Sunday in south Louisiana, with the greatest chances of rainfall during the day. The rain is expected to stay over water at night.

New Orleans, Slidell, the north shore and other coastal areas are at risk of flash flooding Friday. By Saturday, the risk spreads to include Baton Rouge and Lafayette, forecasters said.

When will rain end?

Rain chances stick around through Monday, but each day shouldn’t be a washout. Saturday is expected to be a little third than Friday, forecasters said, and Sunday and Monday are expected to be mostly sunny with a 40% to 50% chance of rain.

But, as the weather dries out, the temperatures are expected to climb higher, Frye said.

The rain is welcome news for Texas, where about 96% of the state is considered to be in a drought, according to the US Drought Monitor.

Sign up for updates on storm forecasts, tracks and more.

As of 1 pm Friday, forecasters were tracking a lower pressure system that was centered just offshore of the southern coast of Louisiana. The system has disorganized showers and thunderstorms associated with it over the Gulf of Mexico.

Development, if any, is expected to be slow as it drifts southwest toward the Texas coast, hurricane forecasters said.

Hurricane forecasters were tracking a disturbance in the Gulf of Mexico as of 1 pm Friday, Aug. 12, 2022. (image via National Hurricane Center)

The shaded area on the graphic is where a storm could develop and is not a track. The National Hurricane Center releases a track when a tropical depression forms or is about to form.

The categories, in order of increasing strength, are tropical depression, tropical storm and hurricane (categories 1 through 5). Systems are named when they develop into a tropical storm.

The Atlantic and the Caribbean are expected to be quiet for at least the next 48 hours, forecasters said.

What to do now

We are entering what historically has been the busiest time of the Atlantic hurricane season. Now is the time to review hurricane plans and make sure your property is ready.

Here are some tips from the National Weather Service for how to prepare for the season:

Don’t miss a storm update this hurricane season. Sign up for our free Hurricane Center newsletter.

Plus, we have expert advice about cooking during power outages.

As we’ve learned all too well, south Louisiana is only a storm away from flooding. That’s why local governments make sandbags available when s…

Fish out those batteries and start stockpiling water, because the least-loved season in southern Louisiana has officially arrived and promises…

Carlie Kollath Wells is a breaking news reporter at NOLA.com and The Times-Picayune.