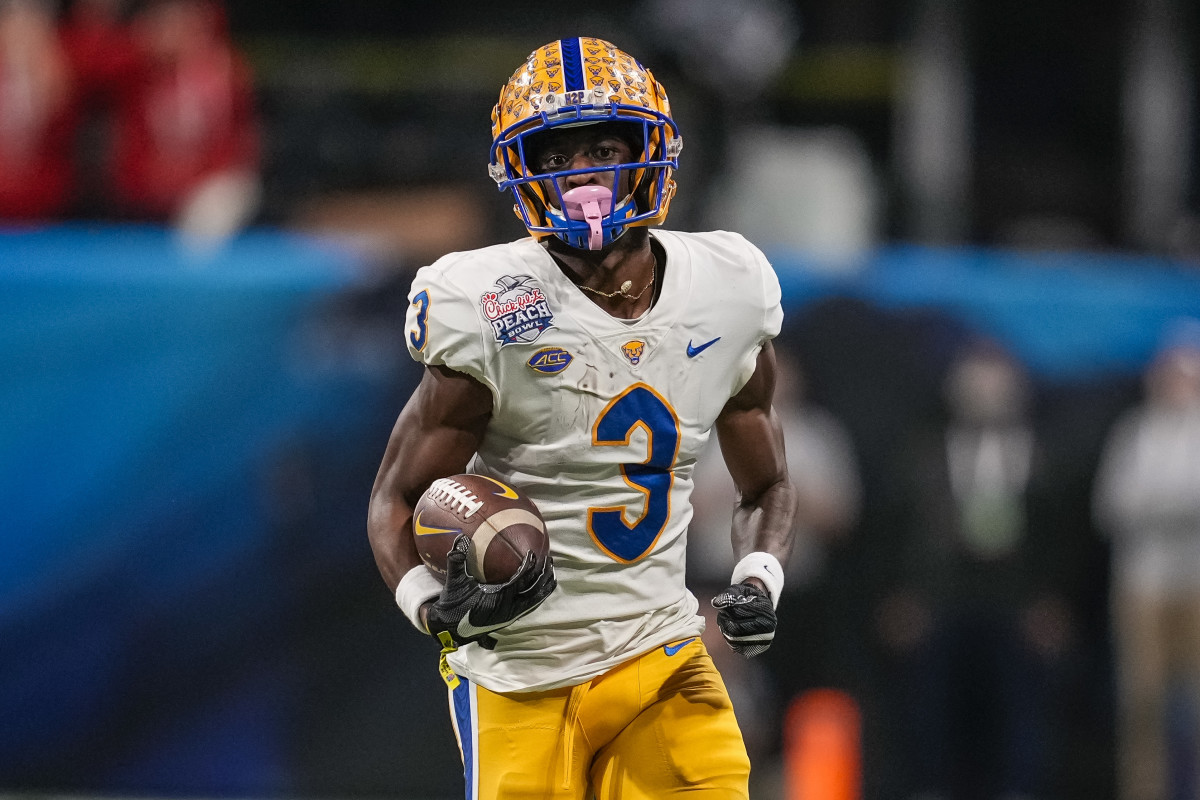 Where Alabama Stands in its Pursuit of Transfer Target Jordan Addison

After landing a pair of transfer wide receivers this offseason, Alabama appears to be in contention for college football’s top pass catcher.

According to a report from ESPN’s Pete Thamel, reigning Biletnikoff Award winner Jordan Addison is expected to visit the Crimson Tide as he looks to find a new program. The former Pittsburgh receiver has not notified Alabama of a potential visit but has been in contact with the Crimson Tide since putting his name in the NCAA transfer portal earlier this month.

Addison, a native of Frederick, Md., visited Texas earlier this week and is reportedly set to travel to Southern California this weekend. The Trojans are viewed by many as the favorite in his recruitment as rumors of lucrative NIL opportunities at USC surfaced shortly before he entered the transfer portal.

Still, Alabama remains in the mix for the star receiver. The biggest draw the Crimson Tide has to offer is Bryce Young, as the Heisman Trophy winner would give Addison another elite quarterback to work with after catching passes from first-round pick Kenny Pickett the past two seasons. Young and Addison worked out in Southern California earlier this month.

Addison is coming off a sophomore season in which he recorded 100 receptions for 1,593 yards and 17 touchdowns over 14 games. He also added 56 yards and a score on seven carries and averaged 15.42 yards on 12 punt returns.

If Alabama was able to land Addison, the star receiver would join a replenished receiving corps that features Georgia transfer Jermaine Burton as well as Louisville transfer Tyler Harrell. Burton led all Georgia wideouts with 497 receiving yards and five touchdowns on 26 receptions. Harrell averaged a team-high 29.06 yards per reception while recording 18 catches for 523 yards and six touchdowns.

In addition to the loss of those five receivers, Alabama will be without two other top pass catchers from last season in graduated running back Brian Robinson Jr. as well as tight end Jahleel Billingsley, who transferred to Texas. In total, the Crimson Tide is losing a combined 280 receptions for 3,847 yards and 32 touchdowns from last year’s offense.

“They guys who were there in the spring, we know exactly what they will be able to contribute,” Nick Saban said earlier this week at the Regions Tradition Pro-Am. “The new players we added to the team since then, whether they are incoming freshmen or transfers or guys who we’ll evaluate over the summer, we’ll have a better idea of ​​how they will contribute to the team.

“It’s always been our philosophy not to take someone who’s not going to make a positive impact on our team.”